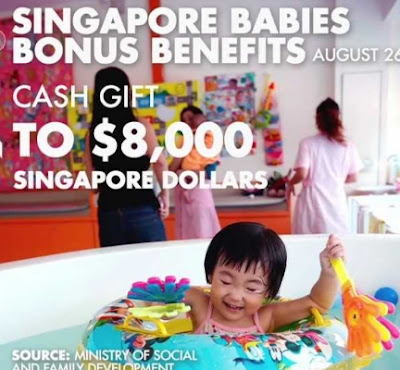 Singapore government today announced that fewer babies were born in the country in 2016 in spite of incentives to boost fertility.

The Singapore Department of Statistics said in a statement that statistics showed that a total of 33,167 babies were born in 2016, compared with 33,725 in 2015.

The department stated that even though the 2016 births remained above a 10-year average, “the government expected the figure to surpass that as it had introduced generous incentives to boost fertility in the city-state.”

The World Bank had said that wealthy Singapore had the fourth-lowest fertility rate in the world in 2015.

The government enhanced its incentives scheme in 2015, giving out as much as 7,400 dollars (10,000 Singapore Dollars) in cash to new parents, while public housing policy prioritised married couples.

Meanwhile, the statistics showed Singapore’s total population was up an annual 0.1 per cent at 5.61 million by June this year, the slowest in at least a decade.

The number of people on work permits in Singapore fell sharply, hit by weakness in the construction and marine engineering sectors, the statistics department said.

The number of permanent residents was stable, but the number of citizens was up 0.9 per cent at 3.44 million, the data showed.