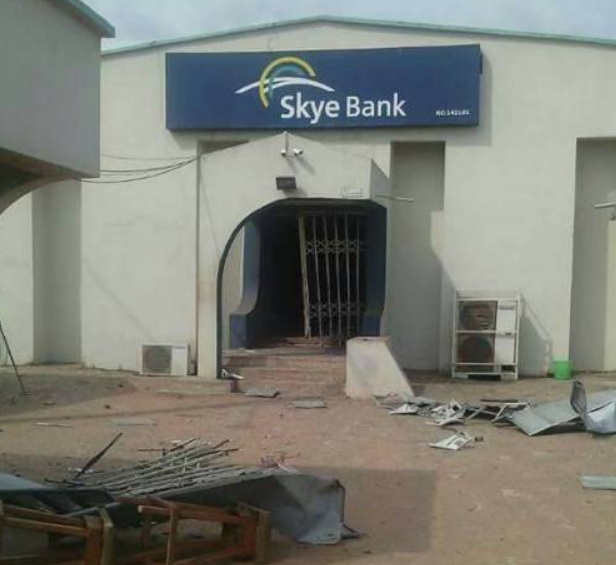 Police in Ondo state today said it had arrested one of the armed robbers who allegedly robbed a branch of Skye Bank Plc at Ifon in Ose Local Government Area of Ondo State on Thursday.

The robbers reportedly attacked the bank at about 3pm on Wednesday and killed two policemen, carting away a huge sum of money from the bank.

The Public Relations Officer of the command, Femi Joseph explained that the men of the command had been on the trail of the bandits immediately after the incident.

He said during the search for the hoodlums, one of them was caught at the place he was treating the bullet wounds he sustained during the gun duel.

According to him “There is progress now in our investigation; we have been able to make arrest of one person who is suspected to be among those who perpetrated the dastardly act.

“We got him where he went to treat his gunshot wounds; he is in our custody now he is helping us in our investigation.”