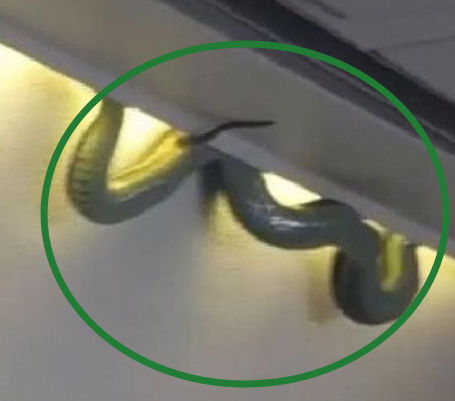 Emirates Airlines cancelled one of its flights scheduled to depart Oman to the United Arab Emirates on Sunday after spotting a snake in the cargo hold.

Because the snake was detected prior to passengers boarding on the 8th of January 2017, the flight was eventually cancelled to allow the cleaning team and engineers to re-check the aircraft to see if there were any other reptile on board.

The specie of the snake is yet to be confirmed.