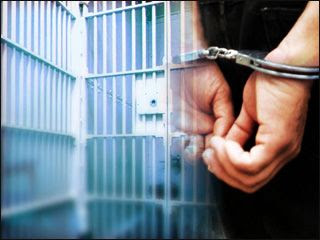 A 45-year-old teacher, Akintobi Kayode, who allegedly put his manhood in the anus of a 14-year-old deaf and dumb boy, was yesterday arraigned before an Ikeja Magistrate’s Court in Lagos.

The News Agency of Nigeria (NAN) reports that Kayode, who resides at Oladelu Street in Ogba, Ikeja, Lagos is standing trial on a two-count charge of rape and breach of peace.

Prosecuting Sergeant Jimah Iseghede told the court that the accused committed the offence sometime in May and July at his residence.

Iseghede said the accused after assaulting the boy, overpowered him before having a carnal knowledge of him.

“The boy, who is deaf and dumb, resides in the same neighbourhood with the accused. The accused always sends the boy on errands and on that day, he also sent him on an errand and lured him to his house and had a carnal knowledge of him by penetrating his anus.

“Kayode took advantage of the boy because of his condition … due to the pains he was experiencing he told his parents what the teacher had done to him,’’ he said.

Iseghede said the offence contravened Sections 166 and 258 of the Criminal Law of Lagos State, 2011.

The case was adjourned till September 30.