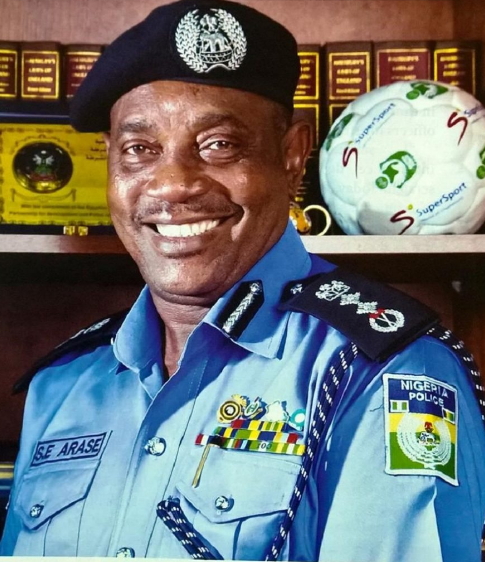 The APC has blamed the immediate past Police Inspector General Solomon Arase for the incessant political violence in Rivers State.

Orlukwu said the party can’t wait for Arase’s exit from the NPF.

Here is an official statement he released today:

“The All Progressives Congress in Rivers State cannot wait to celebrate the exit of Mr. Solomon Arase as the Inspector-General of Police. I must say that part of the problems we have had in this state was caused by Arase and as a party, we lost confidence in him long ago.

“We couldn’t imagine a situation where certain persons were declared wanted in Rivers State and on election day, they were everywhere parading, moving around and carrying guns and the Police pretended not to see them. We wonder whether the kind of Police we have in Nigeria is the same in other countries of the world. So, that is the kind of Police Arase superintends over in Nigeria.”

“The case of Ojukaye Flag-Amachree, the former Chairman of Asari-Toru local government area, an arrest was made on Ojukaye without any evidence at all linking him to the crime.
“The Police even has to do a turn around and wrote to the Magistrate, claiming that the arrest was made in error. Why was the arrest made in the first place? It was a kangaroo arrest. That arrest was made with the intention of shutting him out politically. That is the kind of Police that we have.”

“So as far as Rivers State APC is concerned, we want him to retire honourably and leave the office as quickly as possible. We see his retirement as a welcome relief and hope that Mr. President will appoint an Inspector-General of Police that will be fair to all; an IGP that will look at the law and call a spade a spade. We have suffered so much in the hands of Arase.

“We want to say that we have suffered enough in the hands of Arase.”