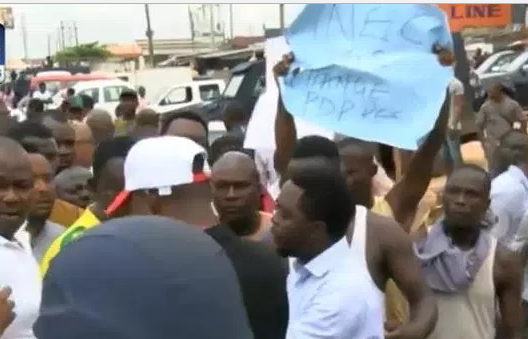 A staff of the APC party died while casting his vote yesterday at a polling station in Ikpoba Okha LGA of Benin city Edo state.

The victim identified as 58-year-old Solomon Omorogbe slumped and died at Ward 10, unit 8 while casting his vote for Obaseki.

His son, Charlie Omorogbe and other sympathizers rushed him to Akugbe Medical hospital on Omokaro street where he was confirmed dead.

His body was deposited at the hospital mortuary.