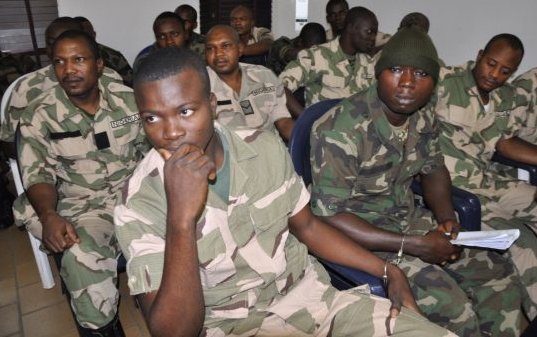 Here is an official statement released by the army yesterday on the cases of 66 Nigerian soldiers sentenced to death in March 2015 for mutiny and related charges.

“The soldiers were arraigned on several count charges that include criminal conspiracy, conspiracy to commit mutiny, mutiny, attempt to commit an offence (murder), disobedience to particular orders, insubordinate behaviour and false accusation, among others,”.
“They were tried, discharged on some charges but found guilty and convicted on other charges which included mutiny. Out of the number, 66 were found guilty on some of the count charges and sentenced to death, while five were discharged and acquitted and one was given 28 days imprisonment with hard labour.

The military added that cases of other soldiers were being reviewed and would be made public soon.