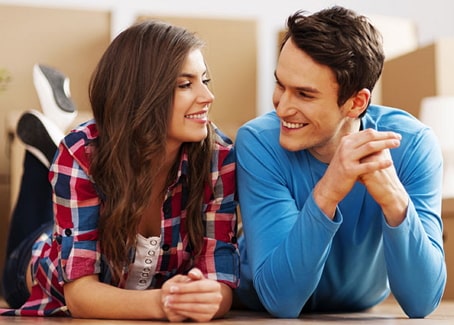 Dear Single Lady, He Needs To First Be Your Soul Mate Before He Qualify To Be Your Bed Mate

Cohabitation: A Roadblock Or A Prelude To Marriage

Cohabitation is an arrangement where two people who are not married live together. They often involve a romantic or sexually intimate relationship on a long-term or permanent basis. The origin of the term comes from the mid-16th century, from the Latin cohabitare, from co- ‘together’ and habitare- ‘dwell’.

Such arrangements have become increasingly common during the past few decades, being led by changing social views, especially regarding marriage, gender roles, and religion.It’s no secret that many couples are cohabiting, that is, living together in a sexual relationship without marriage.

Currently, 60% of all marriages are preceded by cohabitation, but fewer than half of cohabiting unions end in marriage. Many couples believe-mistakenly-that cohabitation will lower their risk of divorce, may be this is true or maybe not. The purpose of this piece is to put cohabitation into the proper perspective and reveal the dangers of this so called ‘experimental marriage’.

Cohabitation is a major relationship disease prevalent among the youth. It is increasingly alarming how couples prefer cohabitation to marriage. There is nothing that destroys the sanctity of marriage like cohabitation.

When marriage becomes trial and error, then it has already failed! Don’t ever defile yourself to defend your love for someone. There is nothing that destroys healthy boundaries in relationship than cohabitation.

I have often said severally that any relationship that is not defined will end up defiling you. Healthy boundaries produce healthy relationships, and a lack of boundaries is an open invitation to disrespect.

Recent statistics have shown that there has been an increase in unmarried couples cohabiting. The truth is that social values and priorities have changed and shifted over the years to the extent that religious institutions have become a culprit in the proliferation of cohabiting couples in the society. In fact, some religious denominations today view cohabitation as a precursor to marriage.

Many people see cohabitation as a means to marriage while others see it as an opportunity to have a glimpse of what you will be spending the rest of your life doing with your partner. Many believe that it is usually a good idea for a couple to live together before getting married in order to find out whether they really get along.

Despite these commonly held beliefs, the idea that cohabitation will somehow improve the quality of a subsequent marriage is wrong. Research over the last thirty years shows that cohabitation does not lead to increased satisfaction or stability in marriage. Compared to marriage, cohabitation creates disadvantages for individuals, couples, and children.

Many young adults believe cohabitation is a good way to test their relationships prior to marriage.

Most  adults  say they cohabit for one or more of the following reasons:

(1) for emotional and sexual intimacy without the obligations of marriage;

(2) to test their compatibility;

(3) to prepare for marriage by practicing living with someone; and

(4) to better know each other’s habits, character, and fidelity. Cohabitants could live together in order to save money because of the convenience of living with another, or a need to find housing. Lower income individuals facing financial uncertainty may delay or avoid marriage, not only because of the difficulty of paying for a wedding, but also because of fear of financial hardship if a marriage were to end in divorce.

Other reasons for living together include convenience, financial savings, companionship and security, and a desire to move out of parents’ house.

Some people perceive cohabitation as a way to have a more intimate relationship without the risks of divorce or being trapped in an unhappy marriage. But cohabitation does not lead to marriage in the majority of cases; among cohabitors who do marry, their chances of divorce are actually increased. No one has ever found that cohabitation makes a positive contribution to later marital stability.

Saving the sexual relationship for marriage brings physical, emotional, and mental benefits to a couple. Cohabitation will drain your emotions, waste your time, and squander your resources. It further weakens your will, character, morality, virtue, discernment and sense of judgment. The following are the major disadvantages of cohabitation:

#1 Marriages resulting from cohabitation are more prone to divorce:

In many cases, some couples end up getting too comfortable with the living arrangement, and don’t see point of getting married. Cohabiting couples tend to have a more lax attitude toward commitment and don’t work as hard to stay together. If you are looking for a long-term commitment, then living together might not be the best idea. While married couples tend to work harder at their problems, it is sometimes easier for people who are just living together to walk away for the smallest of issues.Cohabiting couples tend to be less committed to marriage as an institution. This makes it easier for them to leave a marriage later if it becomes unsatisfying. Marriage, after all, is a unique relationship that assumes a vow of permanence. Most cohabitors fear, or are not ready for such a permanent relationship. Cohabitation’s biggest attraction is the relatively easy exit with few responsibilities.

Marriage, by definition, means, “I will always be here for you.” Marrieds’ long-term contract encourages emotional investment in the relationship.  In contrast, cohabitation for most seems to mean, “I will be here only as long as the relationship meets my needs.”

#5 Negative effect on the children:

Opponents of cohabitation say non-marital parenting is an unsuitable environment for a child’s development. In general, children’s emotional development is poorer if a parent iscohabiting than if a parent is married. This poor development is partly due to the high risk that the couple will break up. If the couple does separate, the children pay an economic price since they have no right to child support from a partner who is not their biological parent. Living without both parents also increases the chance that a child will be abused.

Compared to singles, married people as a group are also emotionally happier. Married couples are better connected to the larger community, including in-laws and church members who provide social and emotional support and material benefits.Cohabitation may affect relationships with parents. In many families, cohabitation is still considered morally wrong and embarrassing to extended family members. Cohabitors from those families risk damaging their relationships with their parents and incurring resentment from the larger society.

Since cohabitation is more prevalent among the youths, I will like to reach out to them with some pieces of advice. Don’t ever cohabit with someone that you intend to marry; it is a bad experiment! There is no more honour in a marriage when the couple had already become bed mates before becoming soul-mates. The scripture says that marriage is honourable only when the bed remains undefiled.

The doom of many marriages is that so many people become bed mates long before becoming best of friends! In any relationship, don’t ever defile yourself to defend your love for anybody. Whatever you defile yourself to keep is what you will eventually lose.

So many youths have lost their marital destination because of cohabitation. You go wrong when you start ‘sleeping ‘with someone you are not married to. This is because sex distorts your sense of judgment, makes you emotionally vulnerable, and beclouds you from discovering all you need to know about your partner.

Dear single lady, he needs to first be your soul-mate before he can qualify to be your bed-mate. Don’t devalue yourself. If he loves you enough, he will wait for you. Abstinence before marriage is not old-fashioned but God-fashioned.

Train yourself to always cut-off from every relationship that is inimical to your growth, values, and peace of mind, no matter the cost.

Cutting off certain people out of your life doesn’t mean you hate them; it simply means you respect yourself.

Stop opening yourself up to every Tom, Dick and Harry!.

Stay pure before marriage; it is a form of deep respect for yourself and your future partner.

QUOTE OF THE WEEK: “Abstinence before marriage is not old-fashioned but God-fashioned”-GbengaAdebambo