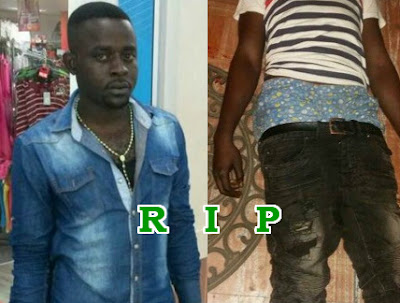 A Nigerian man from Orumba North LGA of Anambra state was yesterday murdered by Police during a raid on his house at Campbell Street in Durban South Africa.

The 27-year-old victim identified as Ebuka Okori was shot dead by two police officers who forcefully gained access into his home around 2am on Friday when he refused to give them the money they demanded for.

The two cops in mufti allegedly robbed the relative of the victim including a South African.

Ebuka Okori’s brother who escaped during the raid called for help before other police men in the vicinity intervened and picked the vehicle number of the assailants.

One of the assailants who was arrested yesterday around noon has already requested for sick leave, while the other is still at large.

This can only happen in a lawless society. How can a man be granted sick leave the same day he killed an innocent man???.