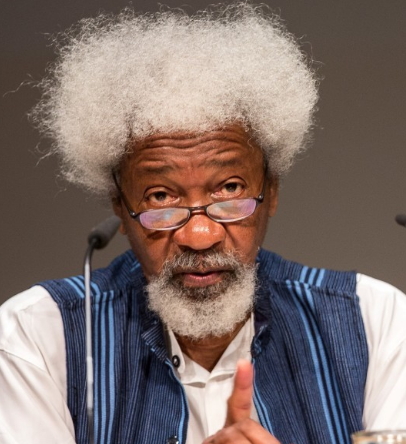 Professor Wole Soyinka has called on FG to urgently investigate allegations of maltreatment of Biafra supporters in the Eastern part of the country by the military with the aim of punishing those found culpable.

Soyinka spoke yesterday in Ibadan, Oyo State, Southwest Nigeria at the Christopher Okigbo Conference, with the theme: “Legacy of Christopher Okigbo-50 years”. The event was put together to mark the golden jubilee of the passage of Okigbo.

“There is a video clip going viral showing allegedly the dehumanisation of Biafran supporters in the East. It shows some civilians being made to run a gantlet of whips and then being made to crawl, being lined up in a pond of mud… I do not say this video is genuine. It could be IPOB propaganda, it is possible but I am saying to the military that you can’t afford to stay silent when that kind of documented allegation is making the round of the world.

“The image of the military very often is the image of the nation. I want the military and the government to examine this video and the source and let the nation know whether the soldiers that participated in it have been identified and have been punished or prove to the nation that this is pure propaganda video. Such thing has been done before. It happened in Baga in the North, and that is the mission as my message on behalf of Christopher Okigbo to the military and to the government. We want an answer”.

The Nobel laureate regretted that the situation that propelled Okigbo to join the Biafra army and fight for freedom till he died was still very present in the country. 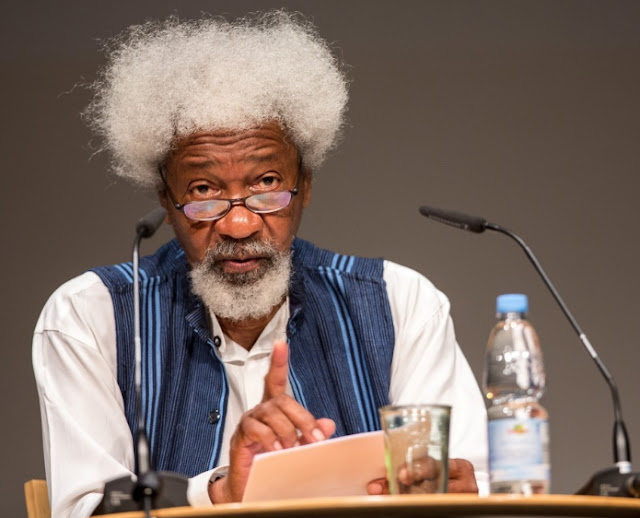 “I am looking at history repeating itself. We are celebrating Christopher who was a poetic embodiment of that movement at that particular time and who put his life on the line for a conviction that sent him out. When we were still thinking of meeting him here for a literary conference, meeting him there for a conference, Chris was already committed. And when the moment came, it was not enough that he smuggled in arms, he went in, joined the others and took up arms for his conviction. I am looking at this young people on the street behind the banner, organising, once again, reaching that stage when they also are preparing to put their lives on the line.

“And it is not enough to talk Python Dance or Crocodile Smile, these borrowings from other people’s language and to say we are ready for you anytime and while the other side says oh yes, we are waiting like Trump and the rocket man in North Korea, the unbalance of terror and so on, and this is what we are now echoing on a mini scale in this country.

A mini scale but with enormous consequences for all of us and it seems as if we are about to repeat history but at its worst. Maybe it is about time again that we writers, colleagues of Christopher make a concerted move to avert this disaster which politicians have the habit of getting us into.

“Each time I hear python dance, crocodile smile and what goes along it that we are not mobilising against anybody or group and that it is kidnappers we are after, I ask are you talking to children? What is this language? This morning, I picked up newspapers and in them, the Air force said they are joining in the dance. So they fly up there to look for kidnappers?”