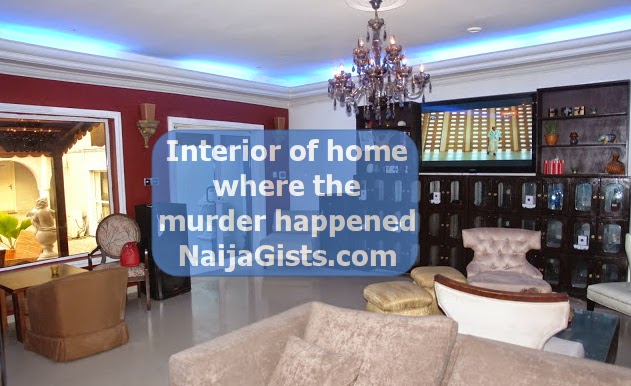 Few weeks ago, a woman was set on fire at 1004 Estate in VI area of Lagos by her jealous husband.

The Muslim woman identified as Maryam was murdered by her hubby out of jealous and anger after she confessed to him.

According to the ELITES, the Sri Lankan doused his wife with a highly combustible incendiary and set her aglow with a match. It was gathered that the normally highly regarded and unobtrusive company Director, who occupied an apartment on Block D5 of the highbrow 1004 Victoria Island Estate, had heard stories of his wife, Maryam, having an affair with a wealthy Nigerian businessman, who had been showering her with expensive gifts.

Initially, the Sri Lankan was reported to have doubted the story, but he later put his wife to task and she confessed to her affair with the rich Nigerian. The husband was said to have taken his wife to the Ikoyi Club on a date, and this exposure may have led to the crime. The enraged husband, having tortured and obtained the confession from his wife and ensuring he had made an audio-video recording of the confession, committed the dastardly crime, realising full well that the confession would mean a reprieve for him in Sri Lanka.

The couple lived on the third floor of the D5 Block. Ironically, this is the same floor where popular Island Big Girl and Club owner, Suzie Q was murdered by her lover in 2012.

Sources disclosed that when plumes from the smoke of the fire were noticed from the couple’s apartment, some neighbours had dashed out from their apartments to find the woman ablaze. They were reported to have made several spirited efforts in saving the woman’s life.

They had called several ambulance services including Lagos State Ambulance Service (LASEMBUS), stationed at The Palms in Oniru Estate. But when it appeared that no response was forthcoming after 40 minutes, the neigbours decided to rush the woman to the hospital by themselves. It was gathered that the four different hospitals that they visited, refused to accept the woman for treatment. The neigbours then proceeded to Lagos University Teaching Hospital (LUTH), where she was eventually admitted. Sadly though, she died four days later.

The ELITES gathered that when the police visited the murder scene the next day, so as to carry out a Crime Scene Investigation (CSI), the Sri Lankan businessman had absconded. The police were reported to have pinned a notice on the apartment door, requesting the suspect to report at the station. However, when the police went back the next day, they discovered the request note had been removed. As it is, no one seems to know the whereabout of the suspect.

The tragic incident is said to have sent many tongues wagging at Ikoyi Club. The elitist club is gathered to have been shamed by the scandal, which tended to portray it as a melting pot for adulterous relationships. Meanwhile, the multimillionaire lover boy, was said to have taken off, to chill out, at his seaside Spanish Villa in Servile.

The popular businessman, who is in his late 60’s, is said to be unperturbed and unabashed by the dust raised by the scandal. Sources, who are privy to the happenings in his life, disclosed that he had, himself been dealt the same blow when he caught his wife having an affair with a family friend in London.