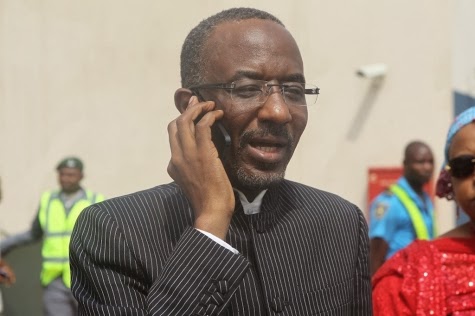 May 4, 2014 – SSS Seized Sanusi Lamido‘s Passport, Stopped Him From Travelling To Mecca At Kano Int’l Airport

According to sources in the know, the controversial Mallam was recently stopped at Aminu Kano Int’l Airport in Kano on his way to Mecca for the lesser Hajj.

The SSS officials turned deaf ears to his explanation even after Sanusi showed them a legal paper work, court order preventing the government from harassing him and restraining his movement instead, the SSS operatives stuck to their guns.

The State Security Police reportedly told Sanusi Lamido that they were following an order from the Oga at the top in Abuja.

10 thoughts on “SSS Seized Sanusi Lamido’s Passport, Stopped Him From Travelling To Mecca At Kano Airport”