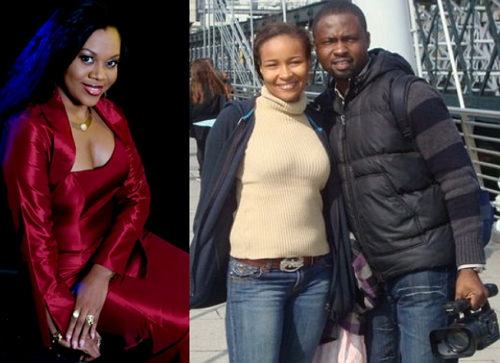 The latest gist in town is that Nollywood actress Stella Damasus has get belle for her lover man, Daniel Ademinokan.

According to an anonymous family source, Stella Damasus is pregnant for her movie director husband and the ex-hubby of fellow actress Doris Simeon.

According to the source, the mother of two travelled to the United States of America with her allegedly snatched husband for two reasons;

1) To rekindle their love 2) To have an American baby.

The couple who are currently in New York travelled two months ago and they have decided to stay back until Stella gives birth.

The actress who is about 4 months pregnant has been spotted on a movie set of Daniel Ademinokan with a bulging pregnancy belly.

The family source further said that the couple finalized their plan to stay back in the United States to avoid any physical or spiritual battle that might likely come from Daniel Ademinokan’s ex-wife, Doris Simeon.

They plan to return when Stella gives birth hopefully before the end of the year.