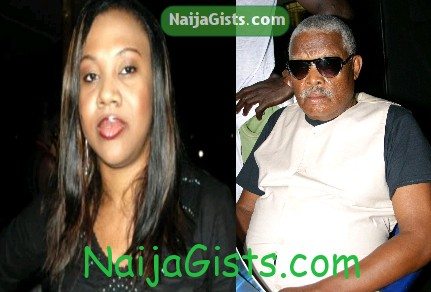 On Saturday Dec 15, 2012, the body of late veteran actor Enebeli Elebuwa arrives Lagos, Nigeria and surprisingly, no Nollywood star was present to receive him. naijagists.com

In her remarks, Stella said Nollywood stars are hypocrites who care about their own bellies alone.

She said during the time of Enebeli Elebuwa’s sickness, all these hypocrites did was to snap pictures of him and share it on their social networking pages.

Read more on what she said below:

I’m very angry because the people in my industry are hypocrites,” she said. “That man was ill for a long time in lagos and they turned it into a fanfare. People would go and visit him and take pictures with him, post it on twitter, on Facebook, on their blogs; they used it to make people feel that they are philanthropists but nobody lifted a finger to take care of him or help his family.

“They are more interested in politics; who would be president, how they can visit dignitaries, who would dash them money. Nobody cares about the elderly people in the industry. We know how to celebrate people when they die, but when they are alive, what do we do for them, especially the sick ones?