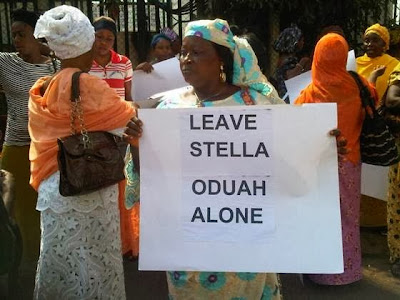 A group of women held a protest in favour of aviation minister Stella Oduah on Thursday morning in Abuja.

The group consisting of middle-age to elderly women gathered together to show their support for the Aviation minister currently battling a multi-million naira corruption scandal.

Contrary to their claims, the small group of women only represented themselves and not all Nigerian women.

Sources claim most of these women are uneducated people paid to carry the placards.

Check out more photos from the protests below 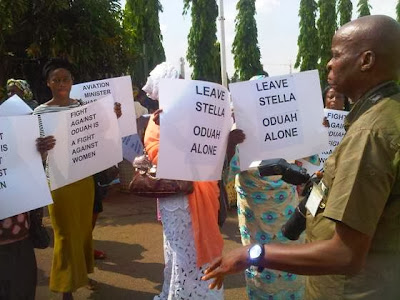 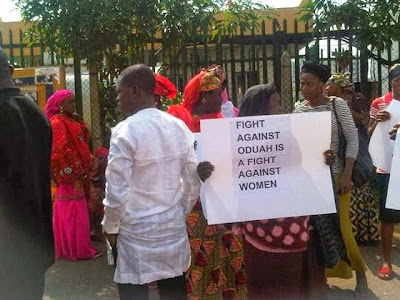