The corruption scandal rocking the office of the present Aviation Minister Stella Oduah is far from over.

Weeks after the alleged purchase of 255 million armoured BMW cars, officials of Federal Airports Authority of Nigeria (FAAN) have confirmed the purchase of two armoured limousines for Stella Oduah at N60 million each” 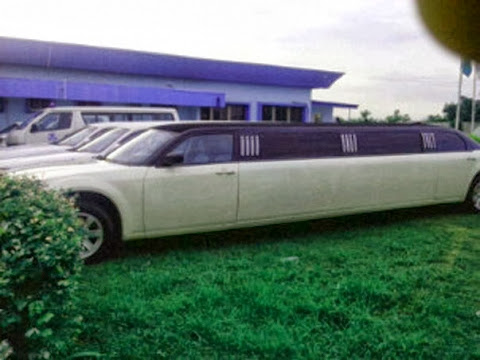 According to the Chairman, Senate Committee on Aviation, Senator Hope Uzodinma, on Wednesday, FAAN bought two armoured vehicles for its Managing Director and another two for the embattled minister, Princess Stella Oduah.

Uzodinma spoke to newsmen on the sidelines of the investigation into the purchase of two armoured vehicles by the Nigerian Civil Aviation Authority (NCAA) for Aviation Minister Stella Oduah.

He said that FAAN Managing Director, Mr George Uriesi, told the committee on oath that his agency purchased 202 operational cars and two bullet-proofs cars for the office of the managing director.

“Uriesi did confirm that among the operational vehicles they purchased, four of them are armored vehicles, two for the managing director and two for the minister.

“We told them to go back and put everything in writing and make comprehensive statements on all vehicles purchased.

“They bought a total number of 202 vehicles for different operations so until they come back on Monday we cannot rush into conclusion.

“The managing director of FAAN said they did a funding arrangement with a commercial bank,’’ he said.

Uzodinma, who said investigations were still ongoing, promised that the committee was committed to undertake a holistic probe to ensure that all anomalies were corrected to reposition the sector.

He quoted the FAAN managing director as saying that the Minister of Aviation gave approval for the purchase of the armoured vehicles.

He said that contrary to insinuations, the limousines were purchased at the cost N60 million each and not N70 million.

Uriesi, who said that he did not have details of the cost of the Prado jeeps, however, said the vehicles were still in the custody of the bankers which funded the purchase.

The committee ordered the managing director to appear before it on Nov. 4, with comprehensive details of the transaction and the documents for all the purchases.

OMG this is going out of hand.

So Stella Oduah now has four armoured vehicles to herself at 375 million naira.

Lord have mercy corruption is the number one enemy of this country.

Who will deliver Nigeria from these corrupt leaders?