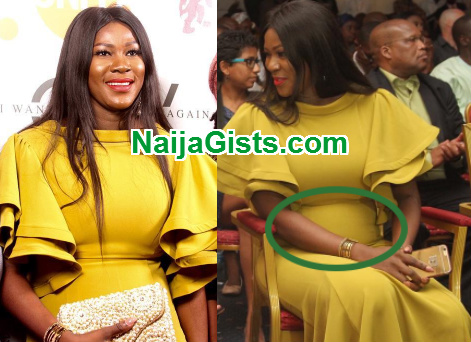 The story making rounds among Nollywood celebrities is that Stephanie Okereke is expecting another baby seven months after she last visited the labour room.

According to a close source, Stephanie Okereke might be heading to the labour room again before the end of the year.

She is reportedly excited about this news as it took her a while to have her first child, a 7-month-old baby boy.

She was last spotted in Gambia rocking a long gown displaying her ‘baby bump’. At a point she used her purse to cover up the growing baby bump.

Stephanie is yet to officially confirm her pregnancy.