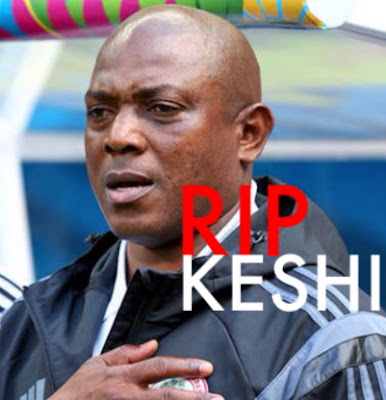 On Wednesday, the Nigeria Football Federation (NFF) confirmed that the final rites would now be confined to Edo and Delta States.

Keshi, one of only two men to have won the Africa Cup of Nations as player and as coach, died in Benin City on Wednesday, June 8 at the age of 54.

Family sources confirmed that the remains of the legend will be interred at his hometown of Illah in Delta State on Friday.