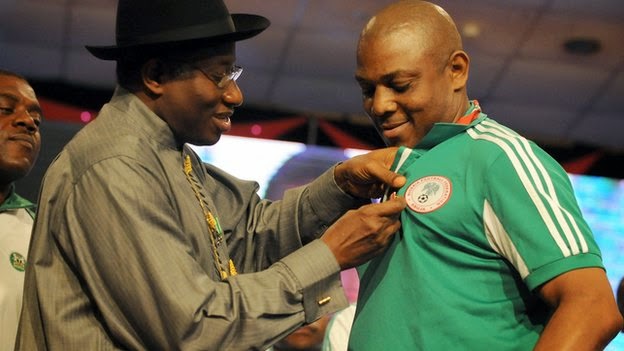 Nigeria’s Super Eagles Coach Stephen Keshi has been ranked the best in Africa.

The leader of Nigeria’s National football team was placed ahead of Kwei Appiah of Ghana in this latest ranking by Football Coach World Ranking report released by FIFA for September 2014.

Since the last ranking Keshi has moved up two places despite the loss in the last month.

The ranking of the top 50 coaches is dominated by managers who coached at the World Cup, with the top 15 almost exclusively for those who excelled at the World Cup with the exception of Spain’s Vicente Del Bosque who is placed second even though his side crashed in the group stage. World Cup-winning coach, Joachim Low of Germany, tops the ranking with Oscar Tabarez of Uruguay in third position.