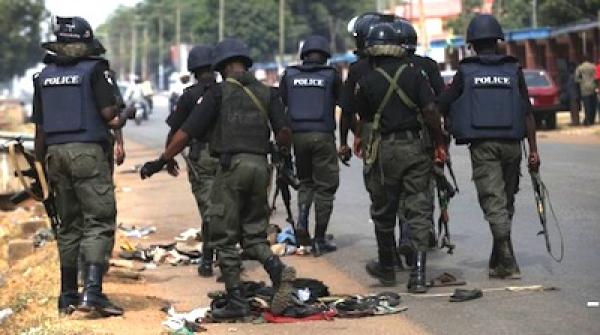 Officials of Sokoto State Police Command, on Monday confirmed the arrest of six workers of a four-star hotel in Sokoto over the death of a Police Inspector, Mr Nura Hashimu, on Saturday.

The Command’s spokesman, Mr El-Mustapha Sani told the News Agency of Nigeria ( NAN) that the inspector died after he was allegedly beaten to a state of coma by security guards of the hotel.

“The deceased had reportedly lodged in the hotel for about five days preceding the incident.
“The late officer was asked to leave the hotel after repeated complaints by some of his neighbours in the hotel that his room was always rowdy.

“He had earlier parked his belongings and put them in a commercial tricycle and left the hotel, but he later returned angrily ,” Sani stated.

He said that on his return, the deceased reportedly had a misunderstanding with the Managing Director of the hotel, prompting the intervention of the security guards, who allegedly beat him up.

According to the police spokesman, the late inspector was rushed to the Specialist Hospital, Sokoto where he was confirmed dead.

Sani said that the corpse had been taken to Usmanu Danfodiyo University Teaching hospital, Sokoto for autopsy to determine the real cause of the death.

The police spokesman stated that the six suspects had been detained for further investigation.