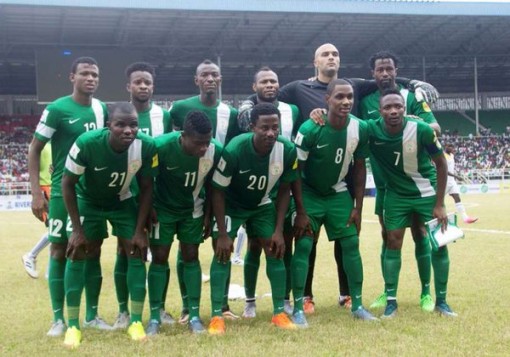 Nigeria claimed the first win of his tenure on Tuesday as they saw off Tanzania in a 1-0 at the Godswill Akpabio International Stadium.

Kelechi Iheanacho’s lone strike was all new coach Gernot Rohr needed to record a hard fought winning start in charge of the Super Eagles in a dead rubber encounter on Saturday in Uyo.

In a surprise fashion, the visitors posted some troubling threats inside the hosts’ half in the opening five minutes, but Rohr’s team reclaimed possession with Odion Ighalo’s effort gone wide.

The Eagles kept their composure as well as dominance, and Victor Moses’ free kick went inches wide, but Charles Mkwasa’s men were collectively bright to severally stop the Nigeria attacks.

The visitors had an appeal for penalty waved after keyman Mbwana Samatta troubled the Eagles’ defence before Mikel’s close header went for a corner.

Earlier, Ighalo failed to make his effort count yet again before Moses fired wide after he was beautifully set up by Mikel’s amazing pass as agitated fans were made to wait.

Nigeria kept up their impressive runs in search for an opener against a disciplined visitors as keeper Deogratius Munish stopped immaculate Iheanacho ‘s effort on the brink of half time.

The Super Eagles resumed the other half, with intense pressure for goal against the Tanzanian backline with Ighalo and Musa efforts failing to reach the back of the net.

The visitors, equally had moment in attack as they tried to ease off pressure against Nigerian through danger man Samatta.

Until Iheanacho ‘s struck from 25 yards out to beat Tanzania keeper Munish, and his brilliant strike in the 78th minute that handed Nigeria the vital victory.

Despite already missing the tournament at the expense of already through Group G leaders Egypt, Nigeria finally settled for the second spot ahead of visitors Tanzania.

Continue Reading
You may also like...
Related Topics:super eagles, tanzania