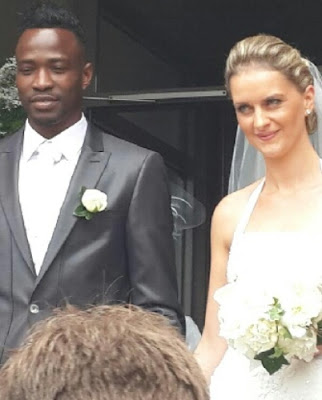 John Chukwudi Utaka, a striker with the Nigerian Super Eagles married his French fiancee on Satuday in France. 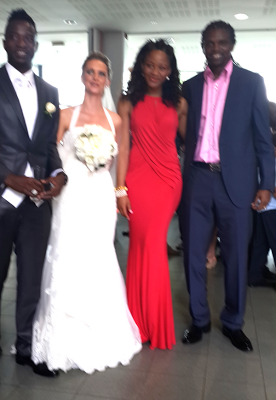 The founder of John Utaka foundation dated his French girlfriend for 2 years before their union on Saturday.

His Oyinbo bride is beautiful but she looks a bit older than him.