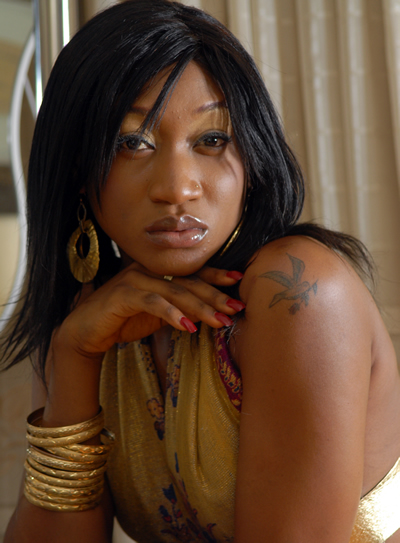 As we speak, Nollywood actress Oge Okoye is going through some tough times on the home front and in her career.

We learnt the actress delivered her two children for a man who is already married hence the current problem in her marriage.

That aside, it seems the actress has been reading some insulting comments from her fans lately that is adding more to her problem.

According to her publicist, she has developed hypertension as a result of cyber bullying.

“Do you want to kill all our celebs with your bullying? I thought you had learnt after Goldie. Celebrities are human and have feelings. In her attempt to re-brand herself, you bullied Oge Okoye and made her hypertensive. “She’s an mgbeke”…she’s this…she’s that…” you kept firing! While you were busy bullying her for nothing, more talent scouts were noticing her.
You were too busy putting her down to even notice the beautiful concepts, only few with the trained eye and who genuinely understand art, left meaningful comments. Look at all the magazines she has covered, yet instead of encouraging her, you bully her even more. Her first big screen movie with Hollywood stars was just premiered in Lagos and instead of congratulating her, you continued abusing her when you saw photos, with some abusing her dress even though she looked hot. Oge is an only child, please don’t kill her for mother.”

It seems the actress hasn’t developed a thick skin for cyber bullying like other star actresses.