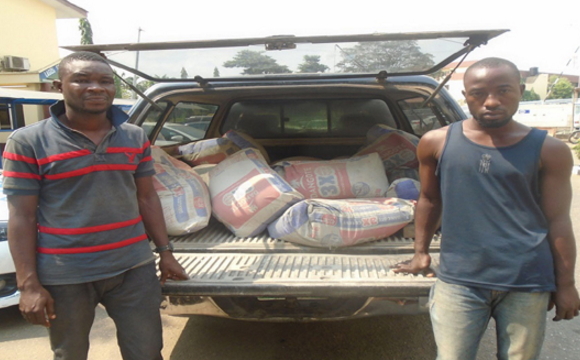 A security guard who was recently promoted to the rank of a supervisor at a brick making company in Agbado area of Lagos has been arrested.

The father of three, a graduate of LAUTECH who was arrested last week Thursday blamed hardship for the theft.

His monthly salary has been raised from N15,000 to N215,000 at the time he was caught with the stolen bags of cement.