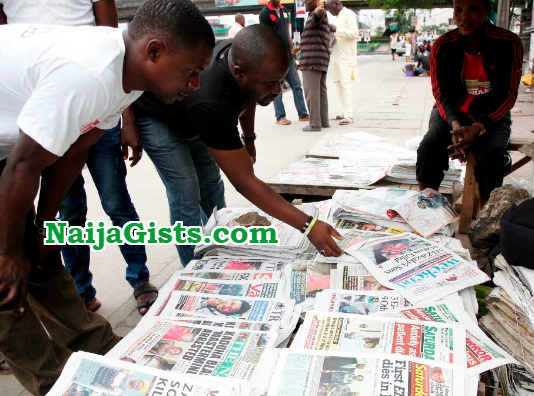 An Igbo taxi driver was yesterday rushed to the hospital in Delta state for allegedly saying President Buhari was dead.

According to eyewitnesses, the victim simply identified as Uzoma rushed to a newsstand in Delta State yesterday morning to tell the people there that President Buhari was dead.

The moment he made the statement, an Hausa man identified as Usman Bukar reportedly slapped him.

He reportedly collapsed and lost consciousness after the attack. He was rushed to the hospital where doctors revived him.

An eyewitness said the driver had briefly glanced at his phone and saw the story of the alleged death of the president on the social media.

He was quoted to have said:

“The body of the President should be thrown into River-Niger for fish and other wild animals to do justice on him. He is very wicked.”

Bukar, without wasting time, slapped him.

The fracas would have caused a serious war between the Hausas and the Igbos in the area but policemen from Delta State Police Command quickly put the situation under control.

Delta Police spokesperson, Andrew Aniamaka who confirmed the incident said the attacker has been arrested and detained for interrogation.