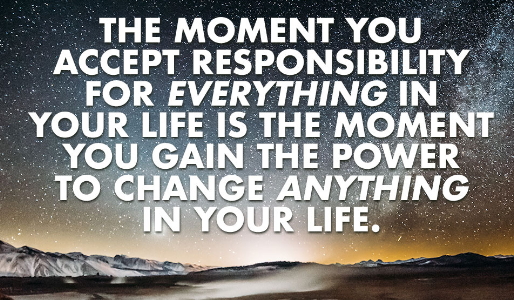 Dec 3rd, 2017 – Take Ownership Of Your Life And Be The Lead Actor In Your Own Story!

“If our life is always easy, it is only because we are called to a lesser purpose” -Rick Joyner

Henry Ford, the ‘father of modern automobiles’ said, “Whether you think you can, or think you can’t, you’re right.”

Ford made us realize that we are the principal factor in determining how far we can go in life’s journey. So many people have pitiably become spectators in their own destiny.

Don’t put the pen of your life in the hand of another; be the lead actor in your own story. Take ownership of your life!

Star in your children’s life. Be their hero. When children are unable to find a hero in their parents, they will ultimately be exposed to unguarded external influence.

The more you delegate your responsibilities in your children’s life, in your spouse’s life and in your own life, the more relegated you will become in their lives. Don’t ever give too much of your critical roles to others. Be involved, be present, and be your own fan.

One of the biggest and most famous American movie superstars back in the day, Stallone was a struggling actor in every definition. His life was refined through adversity.

At some point, he got so broke that he stole his wife’s jewerelly and sold it. Things got so bad that he even ended up homeless. He slept at the New York bus station for 3 days; unable to pay rent or afford food.

His lowest point came when he tried to sell his dog at the liquor store to any stranger. He didn’t have money to feed the dog anymore. He sold the dog for $25 only.

He said he walked away crying. Two weeks later, he saw a boxing match between Mohamed Ali and Chuck Wepner and that match gave him inspiration to write the script for the famous movie, Rocky. He wrote the script for twenty hours!

He tried to sell it, and got an offer for $125,000 for the script, but he had JUST ONE REQUEST. He wanted to star in the movie. He wanted to be the main actor. But the studio said NO! they wanted a REAL STAR. They said he “ looked funny and talked funny.”

After a while, the studio agreed, gave him $35,000 for the script and let him star in it! The rest is history! The movie won Best Picture, Best Directoring, and Best Film Editing at the prestigious Oscar Awards. He was even nominated for the Best Actor! The movie ROCKY was inducted into the American National Film Registry as one of the greatest movies ever!

Can you guess the first thing he bought with the $35,000? THE DOG HE SOLD. Stallone loved his dog so much that he stood at the liquor store for 3 days waiting for the man he sold his dog to. And on the third day, he saw the man coming with the dog and begged for the dog back.

Today, the same Stallone who slept in the streets and sold his dog just because he could not even feed it anymore, is one of the greatest movie stars who ever walked the earth! Being a star in life is not automatic, there are critical steps to take:

SHOW UP: Woody Allen said, “80 percent of success is just showing up”. So many times, we don’t know what we are capable of doing until we try. Be present! It has been ascertained that in virtually all endeavours of life 80 percent make wishes while only 20 percent make an attempt.

Most people don’t even try. An attempt puts you ahead of 80% of people! Whether it’s a diet, a startup business, a ministry, a workout regiment, or relationship, just show up and make an attempt.

OWN UP: Benjamin Franklin said “I never knew a man who was good at making excuses who was good at anything else”. There is only one thing that will never give result in life and that is excuses! Take responsibility and ownership of your life. Success occurs when your dreams get bigger than your excuses; stop making excuses.

It is victim’s mentality to hold others responsible for the situation in your own life. Niccolò Machiavelli once said, “Where the willingness is great, the difficulties can never be great”. In life, when you refuse to make excuses, you make something incredible happen in your life.

People that will make maximum impact in life make minimum excuses. They understand that excuses don’t get things done. One of the most prevalent habits among mediocres is their penchant for excuses. Some make excuses as if their lives depend on it. Until you cultivate the habit of living above your excuses, you will continue to live an inferior life.

We really start to live, the moment we develop the strength that is stronger than our excuses. The earlier we realise that no one owes us anything, the better for us, and the more prepared we would be to face life’s challenges. Someone said, “When I lost all my excuses, I found my results”!

BRACE UP: Life has two rules: #1 Never quit #2 Always remember rule #1! Courage is the most important of all virtues because without courage, you can’t practice any other virtue consistently. Thomas A. Edison said, “Many of life’s failures are people who did not realize how close they were to success when they gave up.” Failing doesn’t make you a failure, quitting does.

GIVE UP!: You have to give up to go up! I know this sounds weird, but it’s true for anybody that wants to go far in life. To go up in life, there are somethings you have to give up! It might be some ideologies, an attitude, a mentality, a toxic friendship, a habit, an addiction, or an association.

In the book, The 21 Irrefutable Laws of Leadership, by the #1 leadership guru, John C. Maxwell. The Law of Sacrifice which is the 18th Lesson summarily underline the fact that for every achievement, there is a corresponding sacrifice! To achieve anything, you simply need to know ‘what’ and ‘who’ to sacrifice. Sacrifice comes before success; even in the dictionary!

LOOK UP:  Mentorship is sacrosanct to your destination. There are some people you will always need to look up to. Mentorship is not negotiable in your journey to the top. You must have mentors that you can look up to and leverage on their experience and expertise. A mentor will stretch you beyond your comfort zone, and help you realize your latent potentials.

OPEN UP: There are people that are significant to your destination. Share your ideas with them; there are ‘advices’ that will give your vision a leap. Don’t bottle up; open up! When you brainstorm with people of like minds, then you will have a masterpiece. Find a mastermind circle. There is an African proverb that says, “If you want to go fast, go alone. If you want to go far, go together.”

GET UP: Sylvester Stallone once said, ”Life’s not about how hard of a hit you can give; it’s about how many you can take, and still keep moving forward.”  In life, you will be knocked down but never allow yourself to be knocked-out.  You are not defeated when you fall down, you are defeated when you stay down!

FOLLOW UP: The major reason why success stories are not always conclusive is either because nobody is following up, or there is no form of accountability. In the first point that I listed which is ‘show up’, the introductory quote by Woody Allen was not really conclusive as the full quote says that, “80 percent of success is showing up while the remaining 20 percent is following up”. Peter Drucker once said, “What gets measured gets done.”

Max Depree said, “We cannot become what we want to be by remaining what we are”. There are things we need to give up, there are people we need to open up and look up to.

We must know that we don’t have a chance if we don’t show up and own up. We must be tenacious enough to always brace up and get up regardless of how intimidating the situation. Lastly, you must hold yourself accountable, get feedbacks by following up. 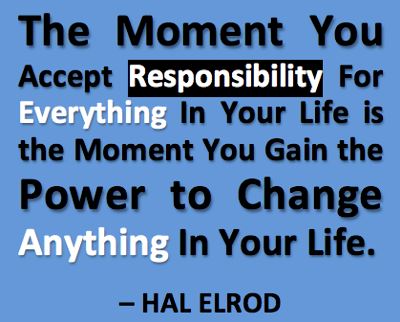 “I do not think there is any other quality so essential to success of any kind as the quality of perseverance. It overcomes almost everything, even nature”- John D. Rockefeller

Don’t Allow Your Background To Put Your Back On The Ground!
People Don’t Quit Their Jobs; They Quit Their Bad Bosses!