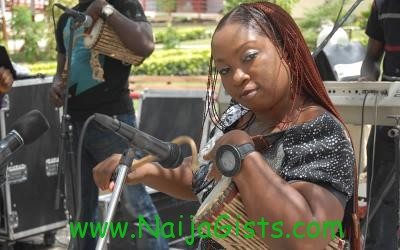 As part of activities marking a two-day Africa Water Conference, Ara, the Queen of Drums, will on November 30 perform a dance drama specially composed for the conference. Ara’s performance is themed The Breath of Water holds Life and focuses on the essence of preserving water and keeping it clean to save lives.

It has eight characters and nine instrumentalists of the Ara band. With a character as the symbol of a flowing stream (water), two characters as images of people who ignorantly pollute water, two characters will make contact with the polluted water and of course will die as a result of the contamination, one character is a representation of the UN, who appears to advocate the preservation and cleansing of water to make it clean and potable) and the last two characters will be representation for people who are revived with the consumption of the cleansed water, thus sustaining their being alive by consuming clean water. While the dance drama is on, flashes of messages conveyed via the drama will run as slides on a projector, so as to aid an apt understanding of the theme of the dance drama.

As the dance drama fades out, a chant on the value of water and its preservation comes on, to cue in ARA’s performance of her song: “Ara Yo”

The intent is to reiterate the value that potable water holds in ensuring the sustenance of life.

The conference is a response mechanism to water resources challenges in Africa and is organised by the Africa Leadership Forum (ALF) and the France-based Melody for Dialogue Among Civilizations (MDACA) with the theme ‘Water: The Regional Challenge for our Future (RCOF).

The conference, which aims at increasing awareness on water utilization and management in Africa, precedes the global event holding in New York in the first quarter of 2012.

The event, scheduled to hold at the ALF Secretariat, 1 Bells Drive, Ota, Ogun State from November 30 to December 1, 2011, is supported by UNESCO and other international organisations.

Former Nigerian President, Chief Olusegun Obasanjo, will be Guest Speaker at the event. Participants will be drawn from various regions of Africa and will represent civil society, public and private organisations, as well as the media. Participation is however, strictly by invitation.

Atom, an alumnus of St. Gabriel’s in Makurdi, Benue state, is a writer who comments on public issues in his spare time.