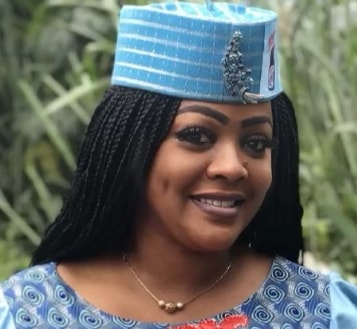 Comic star Helen Paul aka Tatafo who anchored the just concluded wedding ceremony of Nollywood veterans Olu Jacobs and Joke Silva’s son shared with Saturday Beats how the couple have influenced her life in a positive way. 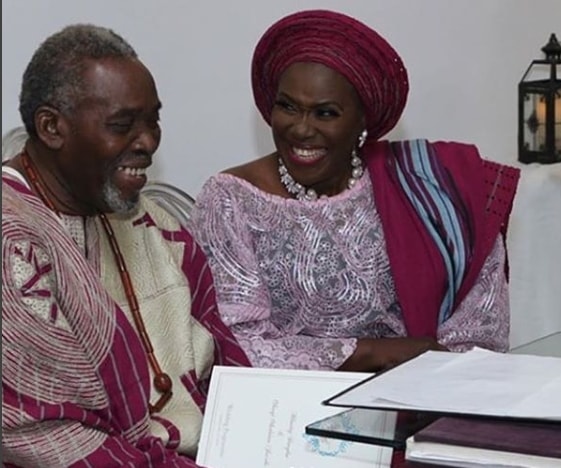 Comedienne Helen Paul who anchored the star-studded wedding of the son of two major veterans in the Nollywood industry, Joke Silva and Olu Jacobs shared with Saturday Beats how the veterans have influenced her life positively.

“I’ve always known and admired them, though as a screen couple that I love, admire, and respect so much. I never expected that I would get to meet them in person one day. Funnily enough, Aunty Joke was one of the reasons I schooled at the University of Lagos. You know she speaks so eloquently. Her diction fascinated me as a much younger person back then and I told myself that I had to attend the school she graduated from. She is an inspiration to me.”

“Aunty and Uncle Jacobs are wonderful people who are mentors to me. Their lives as individuals and as a couple are exemplary. I’ve met them at some events before and I’m amazed by how they carry on as a couple. I’ve observed that marriage is not a hindrance to their work. It is rather an icing on the cake for their careers. Sometimes, you see both of them in a movie and sometimes you don’t. It must simply mean that they have no “set rules” about marriage.

There are some couples who believe that if one gets a role in a movie, the other also should, since they’re both seasoned actors. So, when they’re together in a movie, they interpret their roles the way a professional should and when they’re not together, the other person is either holding the home-front or on the set of another movie. And they’ve carried on like this for many years without any squabbles.”

She also expressed how elated she felt when she got the news that she was going to anchor their son’s wedding. She said;

“Anchoring the wedding was a great experience for me. When I was contacted about the job, I was really excited. They are both veterans and you just have to give them that maximum respect. It was an honour, a great privilege. I was elated about it. And the experience was fantastic.”

Nollywood’s finest and many notable people in general showed up in their droves to support them. They are loved and respected by many and I was glad to be associated with them and honoured to be a part of such an important event in their lifetime. I felt loved by them.”

“The feedback I received was very positive. The feedback was to the effect that I anchored the event well and added colour to it. May God bless the Jacobs and the new couple. May their marriage be blissful.”

Mercy Johnson Returns In ‘Take Me Home’ Movie..See Her In Action With Daniel K Daniel
Chika Ike: Why People Think I Like Money