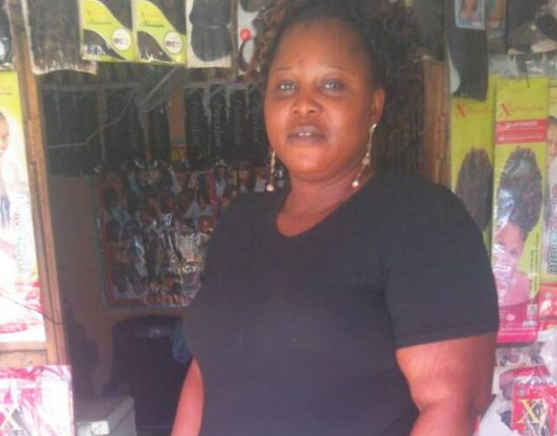 Sources alleged that Ijiyemi fell while dragging the TV with the council officials.

The tax collectors were alleged to have taken the TV set to their vehicle and left the scene without attending to the deceased.

The woman was said to have died later and her remains deposited at the mortuary of the State Specialist Hospital, Akure.

A relative of the deceased, Mojisola Otitilowo, said:

“Toyin was in her shop at Bolajoko Street, Oke-Aro, Akure around 2p.m. when four council officials invaded the shop.

Three of them disembarked from the vehicle they brought.

“The officials asked her to pay the rate for her shop. Efforts made by Toyin to appeal to them not to seize her TV failed. She did not have money. She begged them that she would pay the money the next day.

“They rejected her plea. One of them removed the TV from where it was placed, Toyin dragged it with them. She fell. Despite that, the council officials went away with the TV.”

We learnt a nearby passenger, who came to buy sachet water, discovered that Toyin was unconscious and she shouted, attracting people, who rushed to the scene and poured water on Toyin to revive her.

Our correspondent gathered that when it was realised that Toyin had died, the matter was reported at ‘B’ Division Police Station, Oke-Aro.

The police arrested the tax officials.

The deceased’s mother, Mrs. Abike Ijiyemi, wept when our reporter visited her at Alade-Idanre in Idanre Local Government.

“In the morning of the day she was killed, she called me and said she had bought foodstuffs for me. She promised to bring them to me the next day. Instead of fulfilling her promise, it was the announcement of her death they brought to me.

“My daughter was a widow. Her husband died four years ago. She took care of their only child since then. She sponsored their 24-year-old son, a student of Gateway Polytechnic, Ogun State. She took care of me and paid my debts.”

The deceased’s only child, Ayodele Adelanke, said his mother’s killers should be prosecuted, adding that she must not die in vain.

Efforts to speak with the Caretaker Chairman of the council, Mrs. Margret Atere, failed. Our correspondent waited in her office for over two hours without seeing her.

Sources said she was at police headquarters, Igbatoro Road, at the time our reporter was in her office.

It was learnt that those arrested were casual workers of the local government engaged by the heads of the council to collect tax.

“The heads of the council are fond of bringing people outside to collect taxes. I’m sure if they had allowed members of staff to do their job, things such as this would not have happened, because they are trained how to interact with the public.”

Police spokesman Femi Joseph, who confirmed the incident, described it as unfortunate.

He said the suspects had been arrested.

Joseph said investigation into the matter was on, adding that the suspects would soon be arraigned.