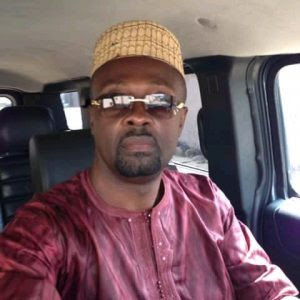 Police in Anambra State have arrested a man for allegedly hacking a 16-year- old boy to death and depositing his body in the mortuary.

The victim, Chidera Ezeanya, at the weekend, was allegedly tied and hanged from a manual crane in Eziowelle, Idemili North Local Government of Anambra State, by the suspect, Ifeanyi Okpoko.

Confirming the incident, the Ogidi Divisional Police Officer (DPO), Mr. Mark Ijarafu, said the suspect had been arrested, adding that investigation had begun.

He expressed surprise that such actions could be carried out without being reported to the police.

“The suspect even deposited the body at the mortuary without first reporting to the police. The mortuary attendants have a case to answer,” Ijarafu said.

Youths were said to have threatened to set ablaze the house of Okpoko, suspected to have deposited the body at Iyi-Enu Mission Hospital mortuary, Ogidi.

The Nation learnt yesterday that the deceased was playing with his mates when he was called by the suspect, thinking he wanted to send him on an errand.

Our source said: “When it was dusk and the boy did not return, his parents became disturbed after they were told by his mates that he was called by Okpoko, probably for an errand, while they were playing.

“The parents went to Okpoko’s home where they saw the boy dead, with his hands tied. He was hanged from a manual crane.

“When the parents shouted, attracting sympathisers, Okpoko untied the body, put it in his car and headed for Iyi-Enu Mission Hospital mortuary where he deposited it.”

The source said elders, who described the incident as an abomination, prevented the youth from carrying out their threat

The suspect, who is cooling his feet at Ogidi Police Station, denied the allegation, describing the deceased as a thief.

“He came to my house at 2a.m. to steal. As I woke up, he scaled the fence and ran to his house. I was not the person who killed him,” he said.

Okpoko, however, admitted going to the deceased’s home, dragging him to his house where he tied him and hanged him from a manual crane.

“I’m ready to take the police to my neighbours, who I felt might have killed him for coming to steal,” he said.

Continue Reading
You may also like...
Related Topics:boy, hang, man