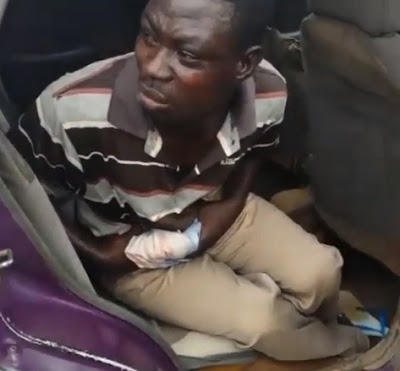 A young taxi driver whose video went viral earlier today is currently recovering in the hospital.

The man in the video below was shot by a bribe seeking police officer in Felele/Soka area of the ancient city for refusing to give him bribe.

He was rushed to the hospital few moments after the attack.

A Chairman of the NURTW, Alhaji Fele said the taxi driver survived the horrible attack.