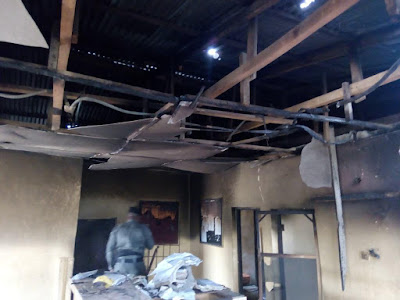 Take a look inside a police station burnt down by suspected IPOB members yesterday.

According to Abia State Police spokesperson, Ogbonna Geoffrey, the hoodlums carried out the deadly attack around 6:30am at Ariaria Police station in Aba. 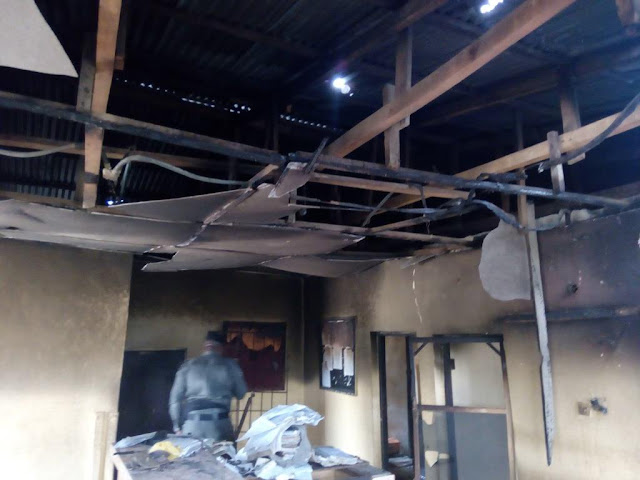 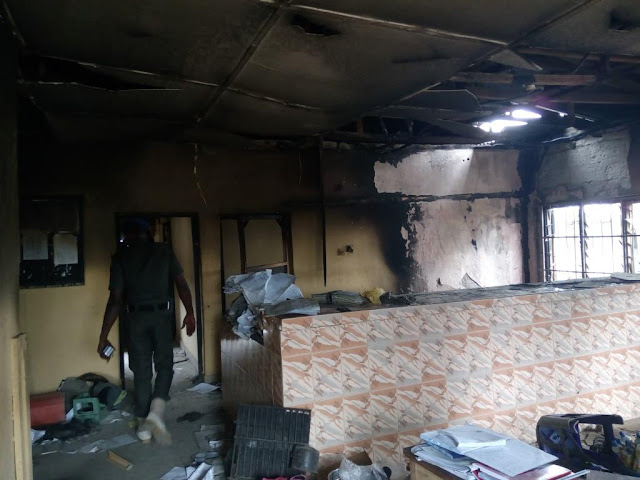 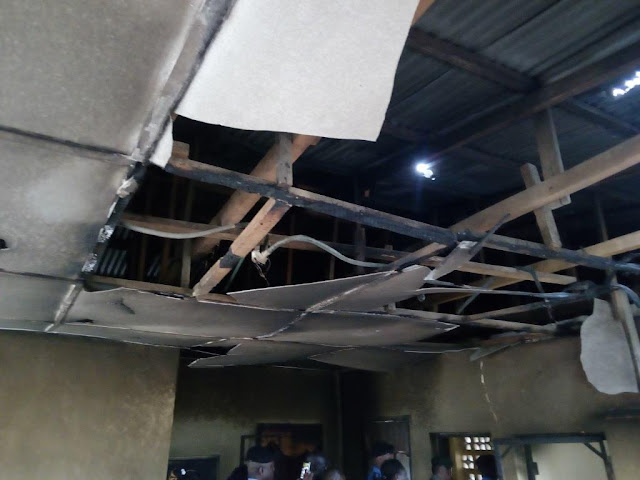 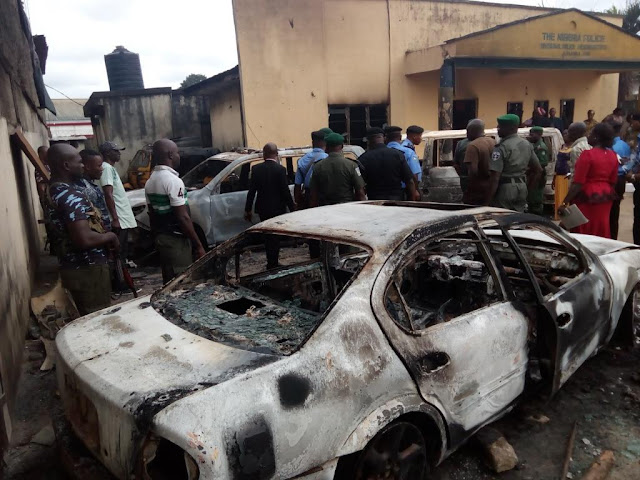 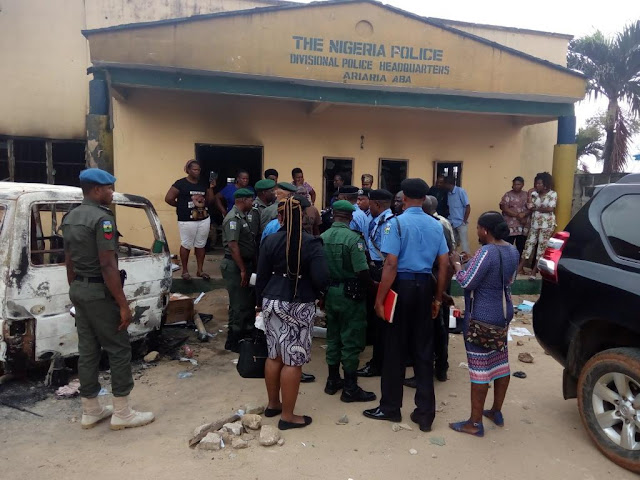 Though they attacked the officers on duty we learnt none of the victims die.