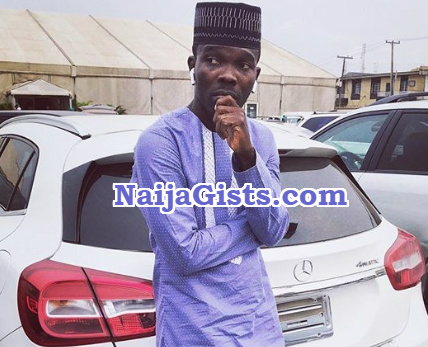 Tayo Amokade Ijebu: I Have Wife & Children But No Girlfriends

In a recent chat with Saturday Beats, comic Nollywood actor Ijebu  (real names Tayo Amokade) talked about his early days before he rose to fame and how his wife’s selflessness paved the way for his success.

See excerpts of the interview below.

“I have a wife and children but no girlfriends. I have a lot of female admirers but I know how to deal with them because they are my fans.

I met my wife when we were both at The Polytechnic, Ibadan. I would say that my wife is my guardian angel and she is part of my success story.

When we were in school, I had my internship at Radio Lagos and I was paid about N10,000.

“Most of my friends used their money to buy shoes and clothes. My wife, who was my girlfriend at that time, told me that she needed N4,000.

So I gave her the money but explained to her that I would have loved to use the N10,000 I received to buy a form and join Muyiwa Ademola’s theatre group.

She returned the N4,000 to me and told me to go and get the form. It was that money that paved the way for my success today.

My wife is someone who wants the best for me and she is always after my success in life.”

“When I became famous, my wife warned me not to marry another woman. Now she is used to seeing female fans around me.

I am lucky that my wife is not a jealous woman. Whenever we attend an event, she is quite shy so she just goes to sit at a corner where she will not be noticed. 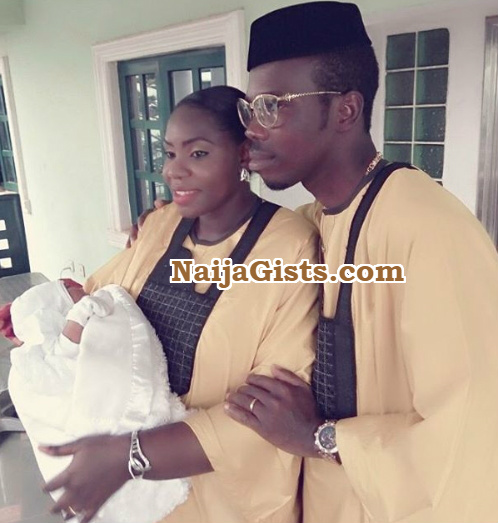 I have never cheated on my wife and I would not lie; temptations have come my way. There is no man that would say he has never faced temptations, but men should learn how to overcome them.”

What I Passed Through Before Fame – Ijebu

“I faced so many tough times in my life before I became famous. I was once a ‘generator man’, for about seven years. My job entailed carrying generators to movie locations in case there would be outage.

“I did that for about seven years. I also chauffeured Sanyeri for two years; I was more like his personal assistant during that time. I was also with Bayo Tijani (film director) for about a year and while I was there, I helped them to buy food whenever they were hungry. Before you become great in life, you need to pass through some tough times.

“All the time I was serving other people, I never knew that I would become popular; I just had a passion for the job. I was not thinking about the fame and I would have never thought in my wildest imagination that I would become this popular. Till date, Sanyeri and I have a cordial relationship,” he said.