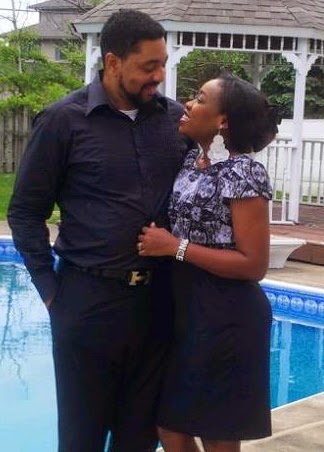 On Air Personality, Teddy Esosa Don Momoh, the husband of late gospel star Kefee Obareki has granted his first interview since his wife passed away.

Teddy said he missed Kefee terribly. He also spoke about her unfulfilled dreams and the numerous projects she was working on before her untimely death.

“I can’t say I am going to miss her because there are uncountable things to miss. She was a complete, Godly, highly intelligent and strong woman. All these I will miss and also not having her by my side forever. She was a woman that knew what to say to me to keep me fired up. The last memories we had together were shared between Nigeria and America. We shot our first video together here in Nigeria as certified video producers and directors. It was fun to see her contribute highly and creatively in the camera positioning and I told her ” You are what the industry has been waiting for”. This happened a day before she traveled back to America”

“Before her untimely death, she was working on her beautiful album from the best of both world compilation double CD and I would be putting finishing touches to the album. She had two projects for her foundation that she was working on before she travelled. But by God’s Grace, the team would bring it to realization. Also watch out for her video compilation that our team would be dropping soon. She left her legacy and I am asking her fans to support her even now as we drop songs on iTunes and CD for public consumption”