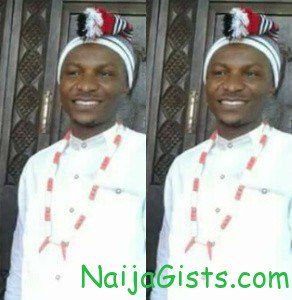 Photos Of Tenant Stabbed To Death By His Landlord, Wife & Children In Owerri Imo State

A wicked landlord and his family are currently on the run after they killed their tenant.

According to eyewitnesses, the victim identified as Odochukwu Iwuoha came back from work at 7pm only to find a dead fowl at the entrance of his room.

He reportedly informed his landlord, Paul Oparaugo who returned with a machete and attacked him.

His wife and children also joined him to stab the deceased to death.

They all fled their residence immediately after the dastardly act.

Iwuoha was rushed to the hospital but was pronounced dead on arrival. 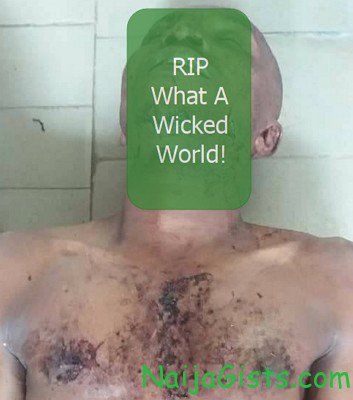