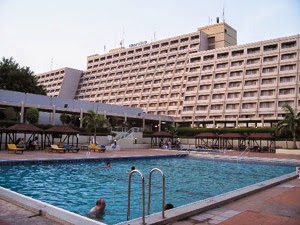 In a travel advisory posted on United States Embassy website, American citizens were warned to avoid states like Yobe, Borno and Adamawa.

The warning also fingered a group associated with terrorism planning to carry out terrorist attack on Sheraton Hotel in Lagos.

The Department of State warns U.S. citizens of the risks of travel to Nigeria and recommends that U.S. citizens avoid all travel to Adamawa, Borno, and Yobe states because of the May 14, 2013 state of emergency proclamation for those three states by the Government of the Federal Republic of Nigeria. As of late April, groups associated with terrorism allegedly planned to mount an unspecified attack against the Sheraton Hotel in Nigeria, near the city of Lagos. There was no further information regarding which of the two Sheraton Hotels in Lagos was the possible target, or if both of the Sheraton Hotels are possible targets. There is no further information regarding the timing or method of attack. U.S. citizens are cautioned to avoid these hotels at this time.

The security situation in the country remains fluid and unpredictable. The U.S. Department of State strongly urges U.S. citizens in Nigeria to keep personal safety and health in the forefront of your planning. We remind U.S. citizens to review your personal security plans; remain aware of your surroundings, including local events; and monitor local news stations for updates. Maintain a high level of vigilance and take appropriate steps to enhance your personal security.

The Department strongly advises U.S. citizens who travel to or reside in Nigeria to enroll in the State Department’s Smart Traveler Enrollment Program (STEP). U.S. citizens without internet access may enroll directly with the nearest U.S. embassy or consulate. STEP enrollment gives you the latest security updates, and makes it easier for the nearest U.S. Embassy or Consulate to contact you in an emergency.

United States cares so much about the safety of her citizens.

May God deliver this great nation from the evil ones.