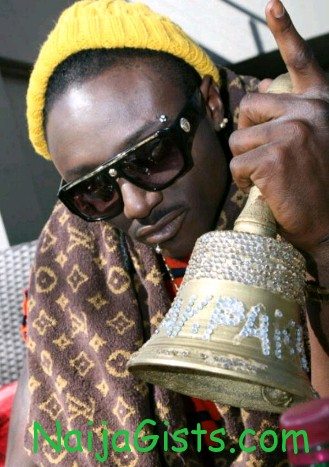 Nigerian rapper Gabriel Amanyi popularly called Terry G who was declared wanted by the Nigerian Police Force over a hit and run case that happened in Ikeja, Lagos last week Friday has fled the country to London in a bid to escape arrest. naijagists.com

Moshood Azeez, the victim of Terry G’s hit and run case said in a police report that the singer crushed his leg with his car while leaving Club Royale on Oba Akran Road in a hurry on Friday.

According to eyewitnesses of the incident, Terry G allegedly left the scene under the influence of alcohol.

The rapper was invited for questioning by the police with no response.

Police Corporal Linus Reuben handling the case said they have been informed that Terry G has fled Nigeria for London, UK.

He promise his arrest once he comes back into the country.

Terry G’s fiancee, Mimi Omoregbe and his new born baby currently reside in London. Sources claim he might not be staying with them for now.

The Akpako master has gone into exile never to return said a source jokingly.

Too much igbo na wahala o.