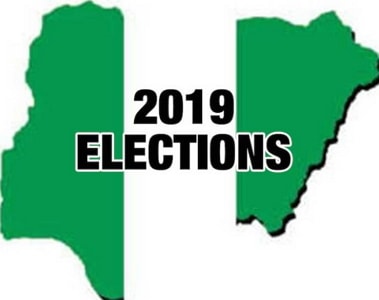 The Nigerian Presidential Elections are barely a year away. It’ll be an interesting and definitive election that the whole of Nigeria – and the rest of the World – will be watching very carefully. Again it’s going to be a test to see if democracy can survive in Africa.

Traditionally incumbent Presidents can expect to win a majority of the votes cast with a ‘swing vote’ – floating or undecided voters – deciding whether they’ll be elected for a second term or not.

Nigeria is a funny country and nobody knows what this ‘swing vote’ will be: the electorate normally makes its judgement based on how well the President manages the economy and deals with civil unrest. In the case of ex-President Goodluck it was his inability to eradicate Boko Haram, rescue the Chibok girls and control rampant corruption in his government that made the voters vote him out of office.

The incumbent won the Presidential ticket on the single basis of turning the country around. In this task he has failed, but yet again the problems besetting Nigeria can’t be solved in a single or double tenure of office by a President; the right President will need a millennium to sort out Nigeria’s problems!

The incumbent President is not in a good position to win the elections in 2019: too many things have gone wrong; some his fault and others beyond his control. The falling prices of oil on the international market is one factor: with no money in the nations coffers very little can be done. Corruption is still rife and all promises to bring all guilty politicians to book have failed: corrupt politicians have proved to be cleverer, either hiding behind Section 308 or playing legal games which makes it difficult to secure convictions. He (the president) will be savaged by the electorate on further issues concerning his health and his suitability for the post, his inability to bring the country out of recession and most important of all his stance on the infamous militant Fulani herdsmen. The Presidential election will not be a contest between APC or PDP parties but rather against one man – the President – and a lot of people will gang up against him just to get him out of office.

There are a lot of Presidential aspirants in the waiting and borrowing a leaf from the American Presidential elections of 2016 the voting public fed up with the establishment might well vote in a maverick – like Donald Trump – just to see what somebody else can do. And if Baba Iyabo has anything to do with it, it might well be a coalition of opposition parties – or one of his protégés – that will be vying for the top job – and may win it!

Nigerians want results and not promises. It’s one thing to mount an election podium and make outlandish promises and another thing to deliver. If you can’t deliver you’ll be called out and stoned!

A presidential aspirant in Nigeria needs to make promises they can deliver within their tenure, whether that be the eradication of Boko Haram or the creation of jobs. Nigeria is a cesspool of problems and one person can’t solve all its problems in one go: Rome wasn’t built in a day! So instead of promising Heaven and Earth and nothing gets done – which is a logical conclusion – make meaningful promises that can be attained within a specific time. This way people will see that something is being done.

Perhaps the time has come for a much younger person to take over the helm of affairs instead of all these old babas who have been meddling in Nigeria’s affairs since before independence: no more analogue 20th century Presidents but a digital one for the 21st century who’ll be in tune with everyone whether they be ‘lazy’ youths, pompous billionaires or ‘snake-oil-merchant’ politicians. New young person = new ideas and style of governance (- hopefully!)

Even though the electorate will demand everything be fixed within the Presidents tenure, the latter has to be honest in outlying what he can or cannot do. At the end of the day the President is only human and can humanely do whatever he can to keep over a 180 million people happy.

Therefore in choosing a new President Nigerians need to understand that the person they’re electing has a long term vision for the country – this is the only way. Where Nigeria is concerned there is no such thing as a quick fix solution.

Curbing The Menace Of The Marauding Fulani Herdsmen
Who Is Going To Heaven?