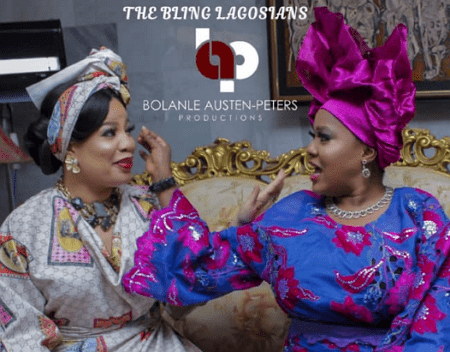 This was revealed by the official Instagram page of the movie.

“Only the 9th Nollywood film to pass 100m. Watch it and find out why! #theblinglagosians have now joined the 100m club. If you haven’t watched, it’s not too late to join the 1% of the 1% in cinemas nationwide!”.

The movie directed by Bolanle Austen-Peters tells the story of the Holloways, one of Lagos’ most prestigious families. As the Matriach, Mopelola prepares to celebrate her 51st birthday, all family members fight individual silent battles and the Patriach struggles to avoid the foreclosure of the family business.

‘The Bling Lagosians,’ is Bolanle Austen-Peters’ debut in the cinema as a director.