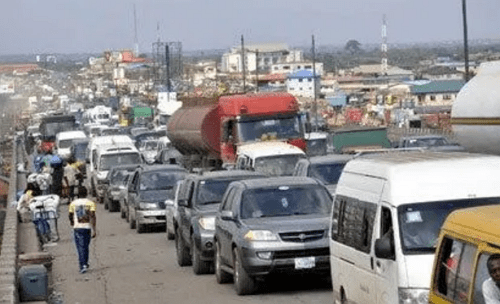 According to business blogs hub, poor mentality is a mindset that people develop over time based on a strong belief that they will never have enough money, the prevailing state of mind have given rise to countless negative situations that seems so sticky and never goes away no matter the effort put towards ending it.

At the tail of the situation stems the following:

Insecurity have been a major course for concern in Nigeria in recent years and can be alluded to many factors such as, diversion of funds by those in leadership, funds which would have been used in equipping the military and other security agencies in the country to battle insecurity. The followers also fall short in this category because many of them present themselves as tools to be used in carrying out this act because they were given little money, this situation is best illustrated by the quote” the mouth screams for the head to be chopped off in total neglect to what would follow”

Unemployment is another major problem that have struck this country, the leaders have failed to create the platform and infrastructure to enable employment with preference to stack their already fat bank account.

This have resulted to production of half baked graduates who are not employable. It all boils down to lack of proper funding for the all important educational sector, which would have helped to oil the wheel of the nation and propel it towards growth and development at the long run.

This is evident in the movement of the high class citizens to a foreign country for treatment of themselves and their loved ones. The leaders have failed to equip the hospitals with necessary materials to carry out their operations successfully, they instead prefer flying out of the country for check up and treatment whenever they are down.

As the saying goes ” nepa don take light” it has become so common in Nigeria and has been accepted as a norm, and no one seems to care any longer, governments have passed and the story seems more like a recurring decimal with no end in sight.

Corruption has eaten deep into the fabric of this nation and keeps on increasing in geometric progression as the day passes by, the desire for wealth on the path of leaders and followers have given rise to this. Everyday you see people willing to do just anything it takes to get a fat pay cheque without consideration of the effects it might have on people’s general well being and advancement.

It appears not only the animals are being hunted, these days, everyday people wake up and drive to a death trap called road and countless lives are lost daily as a result of the poor state of roads in the country. The leaders prefer a smooth and hitch free fat account balance to a smooth hitch free roads neglecting the quote ” those that live in a glass house should not throw stones?

It is evident that all of the above have it’s root as poor mentality on both the leaders and partly the followers.

Continue Reading
You may also like...
Related Topics:situation in nigeria