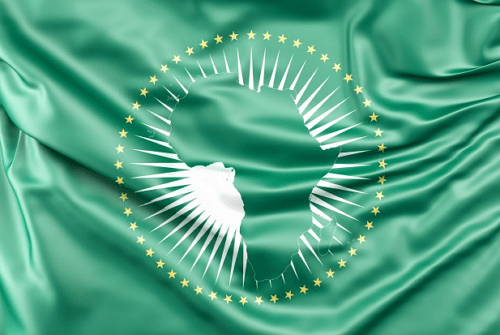 The Death of Free Speech in Africa, An article By Tony Ogunlowo

The new wave of democracy sweeping across Africa was meant to usher in a new kind of freedom – freedom to elect leaders of choice, freedom of religion and most important of all freedom of free speech. Sadly these so-called ‘freedoms’ are being repressed across Africa.

In recent times we’ve seen President George Weah closing down a radio station for criticizing him ; Sowore and others continue to languish in custody in Nigeria for trying to lead peaceful protests against the government and regimes across Africa have put into effect Public Order Acts that limits or controls free speech. Some less fortunate ones – whistle-blowers, free speech activists and journalists – have met untimely deaths at the hands of clandestine intelligence agencies.
Democracy only works if people have the right to speak their minds: it becomes a medium for the ruling government to know what the ordinary man on the street thinks about their leadership.

In the West where freedom of speech is widely practised we are all familiar with the Twitter banter (- and sometimes inappropriate!) President Trump holds with everyone – from 16 year Greta Thunberg to the firebrand Chrissy Teigen. He’s ready to take on anybody who has an opinion about his Presidency. Okay he might be crass, rude and silly at times but you don’t see the US security services arresting anyone for voicing their opinions. There are shows dedicated to mocking Trump like SNL and The Daily Show and the presenters walk around freely without the fear of being arrested or killed.

In Africa it’s the opposite: everything is still censored by our so-called governments of the people elected by the people. Freedom of Speech is clearly stated in all the constitutions of these sovereign states. Journalists are being forced to toe the line, writing in favour of a ruling junta or face persecution and citizens are not allowed to freely voice their opinions.
A lot of African governments would like to defend their stance on freedom of speech by claiming originators are propagating hate speech and fake news.
You don’t need to be a rocket scientist to know the difference; racist or hate speech designed to hurt individuals because of their race, religious affiliations or sexual preferences is not acceptable and we all know about propagating ‘fake’ news which is in effect the spreading of malicious lies or gossip.

To quote George Washington here” if freedom of speech is taken away, then dumb and silent we may be led, like sheep to the slaughter”.
There is indeed a fine line here and that’s what governments are exploiting to govern free speech : for instance people protesting peacefully about government  policies are totally different from people with treasonous intentions or people calling for the removal or elimination of others because of their ethnicity, sexuality and people spreading lies.

In the West tabloids poke fun at government policies, exposing their flaws and faults, letting them know the People are watching their every move. Recently the press in the UK have brought an ‘inappropriate’ relationship between the PM Boris Johnson and an American business woman who he allegedly favoured when he was Mayor of London. The story is on-going and no journalists have been arrested or their offices firebombed. On the other hand President Weah of Liberia closes radio station Roots FM owned by Henry Costa, a fierce critic of his regime, drafting in armed police to shut it down.

As of September 2019 countries namely Gabon, Sudan, Zimbabwe, Chad and DR Congo have at one time or another denied their citizens access to the internet because their governments have been criticized or talked about on social media: their excuse was social media was being used to fuel dissent and promote uprisings.

If you prevent the ordinary man on the street from speaking his mind you’re suppressing them. George Orwell once said that “ if Liberty means anything at all, it means the right to tell people what they do not want to hear”. Nobody wants to be told what they don’t want to hear – not even me! But this is what freedom of speech is all about: the ability to criticize constructively without fear of prosecution.

Nobody is perfect and we all, occasionally,  need to be reminded of who we are and what we’re supposed to be doing. A government that listens, only, to its own voice shutting down anybody that opposes it is in danger of becoming an autocratic dictatorship. In a message to Congress in 1950 Harry Truman warned “ that once a government is committed to the principle of silencing the voice of opposition, it has only one way to go, and that is down the path of increasingly repressive measures, until it becomes a source of terror to all its citizens and creates a country where everyone lives in fear”. This is exactly what is happening in Africa right now: people are too scared to speak their minds for fear of prosecution leaving our leaders to become tin-gods getting up to all sorts.

Continue Reading
You may also like...
Related Topics:africa, free, speech

How Do You Stop Corrupt Nigerian Politicians?
When The Going Gets TOO TOUGH!