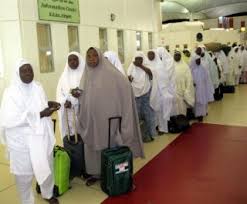 Oct 3rd, 2012  – The Fallacy Of Pilgrimage In Nigeria – Ugochukwu Raymond

As Nigerians express growing disquiet and utter disappointment over the alleged uncharitable treatment meted out to the country’s contingent to this year’s holy pilgrimage in Mecca by the Saudi authorities, and as government officials strive to put up an appearance of actionable response to rehabilitate the country’s international image and reputation, it has become pertinent to add some flesh to the dry bones of the ongoing debate regarding the mistreatment of Nigerian females on pilgrimage to Mecca. naijagists.com

In doing so, I do not intend to get entangled in the dialectics of “who is right or wrong,” or in the propriety of the Saudi government’s stern and belligerent disposition towards the Nigerian contingents. On the contrary, I posit that our inclination to become wholly absorbed in such tangential debates have led us to ignore and possibly camouflage what could be described as “a perfidious scandal” regarding the very question of pilgrimage operations in Nigeria, unmindful of its deleterious repercussions on the economy and polity.

Here, I am referring to the culture of state-sponsorship of pilgrimage in Nigeria – a practice whereby federal, state and local governments appropriate and expend huge sums of taxpayers’ money to ferry some privileged and politically-connected individuals to Mecca, Rome and Jerusalem ostensibly to enable them fulfill their religious obligations.

On the face value, the active involvement of the government in sponsoring such religious jamborees would seem quite permissible since the intending pilgrims could always be saddled with the altruistic mandate of going to the holy land to pray for the oneness of the country and for value-orientation.

However, such a puerile excuse flies in the face of logic and empirical reality. For all practical purposes, it would seem that while government-sponsorship of pilgrimage in Nigeria has grown in arithmetic progression, the spate of social disequilibrium occasioned by elite-corruption, mindless mis-governance, ethno-religious polarization, systemic centrifugality and deep-seated moral decadence especially amongst the youth population have all proceeded in geometric progression.

It is troubling that the Nigerian state is deeply and profoundly enmeshed in the illogic of sponsoring pilgrims to foreign countries. Such an anachronism becomes even more egregious when one considers the question of who is being sponsored and for what purpose. As one commentator rightly observed, “the whole twist to pilgrimage in Nigeria is that many now see it as patronage, and government sponsorship has now become a campaign tool and a means of democratizing the culture of corruption and settlement in the system.”

Nothing better illustrates this entrenched absurdity than the comments credited to the former governor of Oyo State, Alao Akala, when he seized the opportunity of a send-forth organized for the state’s Hajj contingent to announce as follows: “If these 1,500 and another 1,500 that will be going to Jerusalem bring along 10 persons each to vote for us, then we will be here again next year (new tenure) to do this kind of programme for another set.” As if to be assured that his credulous audience was properly schooled on the significance of his political arithmetic, he further added, “As you are going to the holy land, you will pray.

Pray for the peaceful coexistence of the country and that of the state. Pray for us to return to power in the next election, and encourage another 10 people to vote for us in the election.”

With such an overdose of politically-laden exhortation hanging on their necks like the sword of Damocles, there was no doubt that these political captives re-branded as pilgrims and sponsored with taxpayers money would have besieged Mecca and Jerusalem with only one paramount supplication uppermost in their minds, namely: lobbying God’s endorsement of their principal’s re-election and prayerfully soliciting His talismanic powers in raising “stones’ to vote for their party during the election (a cliché for rigging).

Unarguably, state-sponsorship of pilgrimage has become highly problematic on account of the fact that the process of selecting participants for such exercise is fraught with much arbitrariness and nepotism. Often, the basis for such selection is not transparent and is hardly advertised. In fact, it is my considered opinion that a great majority of those who enjoy such patronage have no business whatsoever straying beyond the shores of Badagry beach in the guise of performing pilgrimage. Yet, the government spends colossal sums for an exercise meant to be a personal spiritual obligation.

According to figures turned in by the Presidential Committee on the Restructuring and Rationalization of Federal Government Parastatals, Commissions and Agencies, the government spent over N4.706bn for the maintenance of the personnel of the National Hajj Commission and the Nigerian Christian Pilgrims Commission from 2009 to 2011. The committee also noted that the practice of granting concessionary foreign exchange rates for pilgrimages was exerting serious distortions on the FOREX market to the detriment of the economy. Additionally, when the cost implications for the 36 states and the innumerable local governments are factored in, the magnitude of fiscal haemorrhage becomes even more stupefying.

In a society like ours where poverty literally looms large like the proverbial “ghost of Banquo,” the idea of state-sponsorship of pilgrimage would have become less repulsive and more seductive if it were consciously utilized as a tool of moral empowerment for the indigent members of society. For the very idea of sponsorship connotes the marshalling of resources (both in cash and in kind) by the state, an organization or even an affluent individual in aid of an individual’s desire to fulfill certain legitimate aspirations for the overall good of society, especially where the latter is hamstrung by his or her precarious material circumstance.

Paradoxically, the corruption and patronage system immanent in pilgrimage operations in Nigeria have invariably become a means of reinforcing the already ominous social inequality and the economic marginality of ordinary Nigerians who have become terribly marooned in material poverty that their eligibility for pilgrimage is construed as utopian imagination. For the political leaders, deploying the resources of the state in sponsoring pilgrims have become a potent weapon in their arsenal for the purpose of prodding their pliant beneficiaries to remain subservient to their benefactors’ political interests and hegemony.

Hopefully, the recent debacle which culminated in the massive repatriation of the country’s female sojourners to Mecca offers us an opportunity to pull the chestnut out of fire by critically reappraising the entire architecture of pilgrimage in Nigeria.

In this regard, the government should restrict itself only to the provision of consular services and vaccines to intending pilgrims. The National Hajj Commission and the Nigerian Christian Pilgrims Commission should be abolished and their functions transferred to a department under the Ministry of Foreign Affairs. Accordingly, the enabling statutes of the two commissions should be amended. Government should also stop granting concessionary foreign exchange rates to pilgrims.