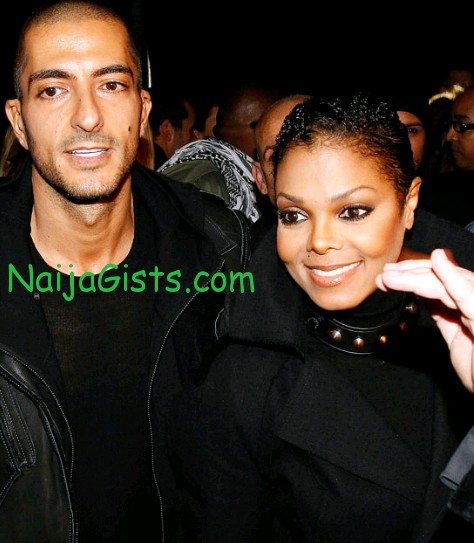 The couple are currently planning a whopping 20 Million Dollar wedding in Doha, Qatar for 2013.

Wissam Al Mana was born in Doha and according to sources close to the couple, it’s going to be the wedding of the century.

“They have tentatively set a late 2013 wedding date. But they are still working out the details and the exact day.”

They will reportedly spend $3 million to fly in their 500 wedding guests from all over the world, while Wissam wants to give all attendees a $10,000 Rolex watch each as a thank you for attending. – The source said

46-year-old Janet Jackson and her Qatari fiance, Wissam,37, started dating back in 2010.

In response to news about their age difference, here is what the singer said:

“My mother always raised us to believe that age was just a number. All of us – my sisters, my brothers – we’ll just tell you our ages because it’s all about where you are mentally and how you feel about yourself. It doesn’t matter.”

She seems so happy with him.