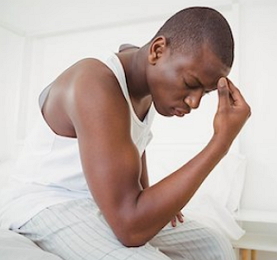 “What kind of trade is this?” Afam thought sadly. “Every day, same story.” He added while seated on the main chair situated in his shop. Afam, a thirty-five year old young man who was of Anambra State origin just rounded off his apprenticeship on sales of building materials six months back. Since his boss settled him immediately after his seven-year old apprenticeship, things hadn’t been going smoothly as anticipated; there had been slow pace of sales as well as constant nightmares experienced by him. “I pray God will deliver me from this bondage.” he continued. To worsen it all, a lot of responsibilities awaited him being the first born of his vulnerable parents who could boast of eight children including himself. “Afam, how far nah?” Ugo exclaimed amidst the lamentation the moment he walked into the shop. The supposed recipient of the greeting was obviously outside minded. “Afam…!”

He repeated in a loud voice while still standing. He was standing directly opposite him. Their positions were demarcated by a wooden table. Afam quickly became conscious owing to the gravity of the last call. “Hey Ugo,” he eventually responded in a very low tone. “How nah?” Ugo hurriedly sat on one of the single seats sited adjacent to Afam’s. “Guy, what is eating you up?” He enquired.

“My brother,” Afam said. “Just tiredness ooh.” “Tiredness?” Ugo chipped in. “Did you go to night vigil?” “No,” quoth Afam. “I have been very busy since morning.” It was about some minutes past two in the afternoon on Tuesday June 21, 2011. Ugo was Afam’s closest friend and neighbor.

They lived very close to each other at their place of residence in Onitsha, the commercial hub of Anambra State, and their shops were also located closely. He was also a trader but he majored in motorcycle spare parts. Both of them were of the same age, though Ugo appeared older. “Afam,” Ugo called tenderly. “When did you start hiding things from me?” “How?” “You and I know that you are not happy.” he observed. “Even a blind man can see it.” Afam became mute and calm, didn’t know what next to utter. “If you don’t share your burdens with me,” continued Ugo. “Who would you?” Afam immediately took a very deep and noisy breath.

“My brother,” he said. “You already know all my worries.” Ugo became attentive as he looked into his eyes. “What else do I need to tell you?” Afam added. “Is it about sales?” “What else, my brother?” replied the frustrated dude. “Since morning, only one customer has walked into this shop.” “Is that why you want to kill yourself?” scolded Ugo. “You can’t continue like this, my man.”

“So what would I do?” he uttered inquisitively, seemed confused and pale. “My dear,” Ugo proceeded. “I have been into this before you.” He said, referring to trade. Ugo was almost a year old in trading, and he was doing well. He commenced six months before Afam joined the trend. Afam became attentive and curious. “You see,” said Ugo. “I was like you when I started mine.” Afam seemed intrigued, filled with mixed feelings.

“I was almost frustrated just as you are.” “Bros,” Afam broke his silence. “I don’t think you can compare yours with mine, even though I was not there when you started.” “Since you were not there,” Ugo argued. “How would you know how serious was mine?” “Because mine appears to-tally different and strange.” Afam responded. “How can one not experience even a patronage for a whole day?” Ugo abruptly became silent and submissive.

The last statement apparently struck his lips, thus he threw in the towel. “Honestly, I think there is something wrong somewhere.” Afam finally insinuated. “So, what’s your plan?” “I want to go and see my boss before the week runs out.” Afam thought aloud. “He might have something useful to contribute.” His boss, Chief Okeke was equally a resident of the city, Onitsha and the headquarters of his trading empire was situated there. It was at the main branch (headquarters) that Afam did his apprenticeship. Ugo nodded. “I think you are right.” he encouraged. “But you must not let this thing weigh you down.” He added.

“Thank you bros.” Afam appreciated. * * * * * * “Good morning, sir.” Afam greeted lowering his head as soon as he stepped into his boss’ sitting room at about some minutes to eleven on Saturday 25th June, 2011. The entrance to the room was let open by Chief Okeke’s female house help having received an alert via the doorbell. Afam had earlier informed him that he would be at his place on that very day during the morning hours and Chief Okeke welcomed the notice wholeheartedly.

Chief Okeke who was in his middle fifties was married with four female children. His last child was about ten years old. On that very day when Afam visited the family as scheduled, he alongside his wife Ujunwa was watching television at the sitting room. “Good morning, ma.” He added instantly, focusing on Ujunwa. “Good morning Afam.”

The couple responded concurrently, smiling. “How are you?” Chief Okeke added in a jiffy. “I’m fine, sir.” replied the guest, stood still. “You are welcome.” Ujunwa exclaimed. “Please make yourself comfortable.” She cheerfully urged. “Thank you, ma.” Afam appreciated, majestically walked to one of the single upholstery chairs in the parlour and got seated. To be continued next week..

Continue Reading
You may also like...
Related Topics:the suicide fugitive

The Fate Of A Disobedient Child: A Short Story