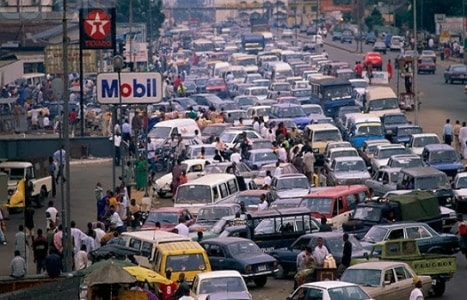 The unfolding reality in Nigeria is that of a leadership which has displayed sufficient incapacity in protecting lives of the hoi polloi and repositioning the nation on the path of justice and progress. Our case is that of the Shepherd who basks in vainglory of acceptance by the Shepherd Lords in colonial homeland who, by the way, are more strategic in thinking and place substantial value on the lives of their own sheep. In Nigeria human lives have become worthless but a figure count of individuals whose only mistake was their decision to make Nigeria their country when presented with the option of choosing a country before embarking on their earthly journey.

Their forced exit from earth is all our collective failure arising from keeping quiet and playing up sentiments when others are being victimised. As people get killed, many more are displaced, schools, churches and mosques become unsafe, and health centers are not available to treat the injured. As this goes on, the ‘Diaspora king’ pleasures in medical tourism to the colonial homeland leaving behind a sick nation. Why is it difficult to have a world class health facility in Nigeria in over three years for a serious administration?

The troubling state of affairs in Nigeria calls for a moment to ask ourselves, Na like this we go dey dey? Pop artiste, Wande Coal’s examination leads to one conclusion that Nigeria needs change in all facets— social, economic, political, educational, and ethno-religious configurations. The burden which Nigerians carry daily as they battle excruciating conditions is that which ought to have ended were we blessed with altruistic leadership. Unfortunately, while those with umbrella covered only themselves and their cronies exposing the rest of us to harsh weather, those with broom have been sweeping public benefits into their private homes. But, Se na like this we go dey dey?

Despite the promised change of 2015, the ‘Diaspora king’ proudly announced before colonial powers that he governs a nation of largely unemployed youths who his government has failed to meet at the point of their needs. Without a roadmap and concerted effort and aggressive implementation, the government lords over and nurtures a mass of disarticulated youths whose role models are lazy actors in government—a group of people who enjoy wardrobe, sitting and running cost allowances with the executive and judicial organs who feed fat on the commonwealth. They loosen their belts to adjust to the weight they have gained while they ask the rest of us to think of what we can do for Nigeria and not the reverse. Today unemployment has reached alarming proportions. Handy evidence is the current short-listing of over 200,000 youths for 6,000 available spaces in the Nigeria police. But the children of the influential still find their ways into NNPC, Central Bank, FIRS under this anti-corruption government! My people, I no fit wait oh make things for change oh

Why is it that the concerns of the majority are pushed forward to their next political term while they attend to their own needs immediately? Their generation got the best from this country. The country has practically nurtured them for several decades yet they still do not want to leave the stage. Wande Coal recalls what they enjoyed in the glorious past when he said ‘once upon a time to travel from Lagos to London you no need visa, once upon a time you go graduate from school and government go dash you car…now everything don dabaru corruption seems unstoppable, the hardship is unbearable is unbearable eh wetin we go do eh now I cannot take this thing no more. Se na like dis we go dey dey?

Why do they find it so easy to lie? How can a government that promised to declare emergency in the education sector in April still be sleeping in May without uttering a word? For three years, education has suffered a major blow under the ‘Diaspora king’. They have invested little or nothing in education stifling public funded education in particular. Agriculture (of a peasant slant) is good but only for the children of the poor. They preach entrepreneurship but the environment is harsh. They promise to fix refineries but we are still fuel import dependent. They told us there was no subsidy but they reel out figures of subsidy they now pay. The Diaspora king promised us a country we will be proud of but he is not proud of the health care system here but that of the colonial homeland. May be he will consider building a world class health facility that can treat cases like that of hardworking power-bike-Yusuf in Nigeria during the second term. They promised the youth quality education but we now have quantity education. They promised to end insecurity but “Gaddafi” mercenaries have taken over the country and the army seems not to have a green light to do their job. Lives are lost without a technical stop-over of the Diaspora king to empathise with them. I say e don reach make I scream yeh yeh yeh yeh e don reach make I sing oh no no no egba mi oooooo.

Wande Coal was right when he asserted that this ‘hardship is unbearable is unbearable…because now everything don dabaru’. But what future lies ahead of us if we put our trust in those who promised yesterday and denied a substantial part of it today? Those who don’t care about us today cannot suddenly care tomorrow. But if we don’t want to dey dey like this anymore, Wande Coal has preached collective revival to change things for the better ‘now make we join hands make am beta beta eh’. If the Diaspora king and his media trial expert clergy deputy continue to advertise their incapacity to diligently prosecute allegedly corrupt past leaders but will invite God to punish them, we need to vote wisely in 2019 so that we won’t have to scream e gba wa o (come to our rescue) over the next 1460 days!

[About the author: Dr Tade, a sociologist writes via dotad2003@yahoo.com]

Continue Reading
You may also like...
Related Topics:nigeria, reality, state