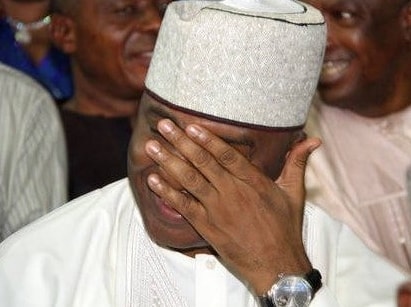 In the US, the debate is on to determine the political correctness or otherwise of a sitting American President calling the media ‘Public Enemy‘ after branding them ‘Fake News‘ with no apologies, till today.

In Britain the former Foreign Secretary Boris Johnson has been asked to apologise for calling Muslim women wearing the veil ‘letter boxes ‘and ‘armed robbers‘. It appears therefore that we are globally in a season of name calling, on very important, sensitive political and socio – cultural issues and I cannot resist the temptation to join the fray from the Nigerian end and the entrance to this is not difficult to discern.

It is the invasion of the National Assembly this week by armed DSS operatives some of whom had their faces covered and the subsequent firing, with immediate effect of the Director General of the organization, by the acting President of Nigeria, Prof Yemi Osinbajo. Let me state clearly that the sack of the DSS DG was the face saving elixir that brought life to a Nigerian leadership that had sunk to its nadir in terms of credibility and sincerity in the eyes of the Nigerian populace. It reminded me starkly of late Murtala Muhammed, Nigeria’s head of state in a different era, who in state addresses announcing such issues historically said – ‘This administration will not tolerate indiscipline, this administration will not condone abuse of office‘ That was the sort of decisiveness the Acting President displayed on the sacking of the DSS boss last week and even though he mentioned the defence of the rule of law for his action, he could have added or used the same words as the late Murtala Muhammed who was later assassinated by his military colleagues.

Quite interestingly the invasion of the National Assembly last week ended on the national media with the’ triumphant’ entry of the Senate President, Dr. Bukola Saraki into the premises. To me that was a very pyrrhic victory for the Senate President and his supporters after the very correct sacking of the DSS boss by the acting president. But then the whole saga has been played around the inordinate ambition of one man who betrayed his party in getting into the office of the Senate President and who has since, quite recently defected from that party but has proceeded to hold an office based on legislative majority which he lost on defecting. It is a clear case of eating one’s cake and still having it, which is not only illegal but morally inexcusable. But then this leader has been the chameleon of Nigeria’s politics for some time.

In the case of his exploits in the APC he has been the Trojan horse and the enemy within from day one. Or else, how can we explain the way he became the Senate President with the vote of the opposition and how he has held on against all odds against a party in power before finally showing his hands by declaring for the opposition and shutting the Senate to avert a vote to defeat him. Really, one must give the devil his due and there is no denying the grim fact that, in or out of power, Dr Bukola Saraki has become the will – o’ the – wisp or Jack O ‘Lantern of Nigeria’s politics today. Surely the saga of his ambition is still unfolding and one cannot help wandering when, and how his leadership acrobatics of clinging to power, like a cat with nine lives, will end. 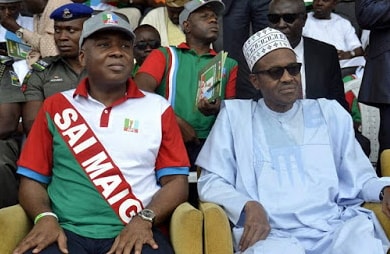 Let me now go back to two examples on name calling that I mentioned earlier namely the US and Britain for some brief comments. First, US President Donald Trump, like Shakespeare’s Macbeth murdered sleep and ‘will sleep no more ‘when he branded the media against him – fake news – which is nasty assault on their credibility. Which is their main selling point and major source of revenue and sustenance as economic and commercial propositions. Their reaction is bound to be nastier and that is what is happening and that explains why they attempted to make one of them in the White House, the Press Secretary to denounce the label of Public Enemy that her boss has put like an albatross on the neck of the US media.

Of course the lady did not take the bait. But to me both the US media and the US president are doing their jobs except for the vitriol of vocabulary which has become abusive and utterly subjective, which really is the vice that either party should learn to avoid and avert. But then that is the nature of US politics in the very unusual Donald Trump era and presidency.

In Britain I think Boris Johnson’s description of Muslim women as’ letter boxes’ and’ armed robbers ‘should be seen in the appropriate contexts even though the descriptions are basically abusive. The letter box refers obviously to the slit in the veils which is functional to see and move about. The armed robbery is to depict the fact that armed robbers are hooded to cover their identity as they break the law. The abuse does not detract from the fact that women in veil in an open society like Britain have missed the bus of cultural integration in a multicultural society and need to brace up or ship out. That is what the former Mayor of London was hinting at and the humor was lost on those accusing him of Islamophobia and perhaps misogyny which are the fashionable vocabulary against men in the ‘Women At Arms‘ environment that Western civilization has become in recent times.

Once again long live the Federal Republic of Nigeria.