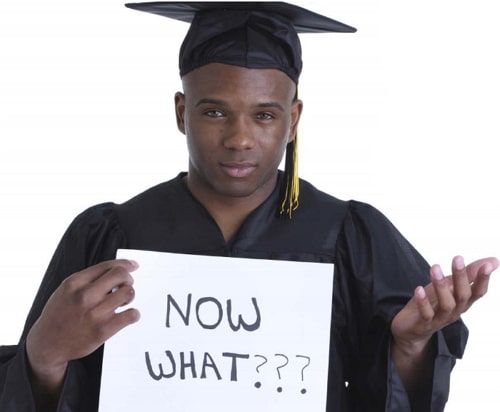 THE DANGER OF GRADUATES THAT DON’T THINK BEYOND THEIR CERTIFICATES

Think Beyond Your Certificates And Your Possibilities Will Be Limitless

“Education is what remains after one has forgotten everything he learned in school. It is a miracle that curiosity survives formal education”-Albert Einstein

The greatest form of disability in life is not knowing your ability. Your winning edge in life is not the degree you have acquired or the certificate that you possess, your winning edge is in your ability to solve problems. Whenever I interview graduates, I am not so keen with their qualifications, I am only keen with their special skills, experiences and their unique approach to problem-solving. Most of them can’t even apply the knowledge they’ve acquired in school to solving life problems. The 21st century employer don’t necessarily pay you salary because for the certificate that you possess but for the problems you can solve.

The reality of life is that there are more employable graduates than the available jobs and it is only graduates that can actually think beyond their certificate that will eventually find their own place in life. Mark Twain once said, “Don’t let schooling interfere with your education.” The proof of going to school is your certificate but the proof of your education is in your ability to solve problems through innovation and creativity. Graduates that can’t solve problems are liability!.

Education is not just about going to school and getting a degree. It’s about widening your knowledge, thinking creatively and absorbing the truth about life. We must see our education beyond our certificates. Many people spend their precious years in school only to end up acquiring certificate not education!

Albert Einstein said, “Education is not the learning of facts, but the training of the mind to think.” Have you ever heard of the creativity term “Think outside the box”? One of the major reasons why most graduates are poor is simply because they can’t see and think beyond their certificates. I have seen engineering students work as bankers. I have seen medical doctors with great skills in web and graphic designs.

I have seen lawyers that are very dexterous with finances. The list is endless! The basic truth of life is that the skills that is needed to be much sought after and become more successful in life are not really found within the walls of the classrooms. Your certificate is just a proof that you are teachable, it does not suggest what you are totally capable of doing.

You are full of possibilities when you think beyond your degrees and certificates.

If you remove your certificate from the picture, what are those things you can do effortlessly so well? You will definitely need the knowledge you have acquired in school but they must not define your limitation. Don’t allow your certificate to put a limit on what you are capable of doing.

Your education goes beyond acquiring certificate, your education is your ability to solve problems. Winston Churchill once said, “Schools have not necessarily much to do with education, they are mainly institutions of control where certain basic habits must be inculcated in the young.

It doesn’t make much difference what you study, so long as you don’t like it. I am privileged to be the editor-in-chief of a youth magazine, called Maximum Impact, and it is amazing to know that the organisation that completely handled the design and publication of the magazine is founded by a medical doctor that graduated from the University of Ibadan.

Peter Amangbo, the CEO of Zenith Bank studied Engineering in school! Adesola (“sola”) kazeem adeduntan, the  GMD/CEO First bank Nigeria limited and subsidiaries is a Doctor of Veterinary Medicine (DVM) from the University of Ibadan! Former CEO DIAMOND BANK PLC, Uzoma Dozie, had his B.Sc Chemistry from the University of Reading 1991; M.Sc Chemical Research, Imperial College London! It is not compulsory that you practice what you studied in school.

Your first degree is just for cognitive development, further development of your logical thinking, numeracy, communication skills and networking is not something you will learn in school. Dozie had his both degrees in Chemistry, and he is a banker today.

The world is full of limitless possibilities for people who can think beyond their certificate. Education is a life-long process. Education is not limited to a classroom, a structured period of time, or formal instruction. You must be willing to navigate beyond the confines of your certificate to really make meaningful impact in life.

One of the most profound laws in Science is the Avogadro’s law. The law that proposed that under controlled conditions of temperature and pressure, equal volumes of gases contain an equal number of molecules. Amedeo Avogadro made a lasting impact in the field of Maths, Chemistry and Physics and also made the city of Turin in Italy popular all over the world for his famous and legendary discovery. He later became a professor of physics at the University of Turin, Italy.

Unknown to many, Avogadro actually studied Law and graduated in jurisprudence in 1792 and subsequently became a senator in the Piedmont region of northern Italy. He pursued his doctorate in ecclesiastical law and obtained his higher degree in 1796 but there was something missing in Avogadro’s life that the study of law could not fulfill-his secret love for sciences!  He pursued law at the insistence of his father who wanted him to inherit his law firm and empire, but his heart was actually in the sciences.

His father Filippo was a magistrate, a Senator and a Count who was serious obsessed with his own aristocratic background and felt that his son must follow his own trail. Privately, without his father’s permission, he created time to pursue his heart desire in mathematics and physics and eventually proposed a law that changed the field of science forever! The Avogadro’s Constant (6.02 × 1023), the number of molecules in a gram molecule, or mole, of any substance, has become a fundamental constant of physical science and arguably the most important constant in the field of Science.

If a man that obtained a doctorate degree in Law could propose a foundational law to guide scientists, then you must also endeavor to think beyond your certificate. Your certificate may not reveal your natural endowment and unique abilities and that is why the list is endless for people who studied something in school but later found out that their circle of impact is really beyond their certificate.

My own personal life trajectory has followed a pattern that I never anticipated. I studied Pure Chemistry at the University of Ibadan and also had my Master’s Degree in Analytical Chemistry but today people know me as a Columnist on national and international tabloids.  I am privileged to be the Editor-In-Chief of a youth magazine and a mentor to the youths on so many platforms.

Amazingly, I never learnt all these in School, these were my hidden passion that I developed and nurtured personally over the years. The skills I am using today are not reflected in my Certificates. We have to be more robust in our approach to learning and must never allow our schooling to interfere with our education. Graduates that don’t think beyond their certificates will ultimately become endangered species in a world that needs multi-skilled abilities to solve problems.

I am reaching out to all the graduates out there, stop attaching your frustration to the government and lack of Jobs. Stop attaching the reasons why you are poor to external forces. You are poor because the skills that are needed for you to be rich are beyond your certificates.

QUOTE OF THE WEEK: “As a graduate, when your ability doesn’t go beyond your certificate, you are a liability!”-Gbenga Adebambo

Continue Reading
You may also like...
Related Topics:certificates, think beyond

The Danger Of Single Income & 10 Creative Ways To Increase Your Income Stream
The Decay Of Brother Kelly: The Character That Stinks Will Eventually Sink