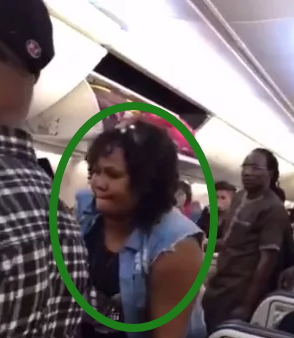 An unpleasant Air hostess caused a mild drama on an aircraft operated by Turkish Airline enroute to Abuja from Istanbul Turkey on Tuesday when she ignored persistent request for water from a thirsty passenger.

According to eyewitnesses report, the Nigerian woman pictured above politely asked the air hostess for water but her request was turned down severally.

When the lady eventually saw the air hostess bringing water to her after five minutes , she snatched it from her hand and mistakenly spilled water on her.

The hostess was said to have reported the matter to the head pilot who immediately called the police to eject her from the plane. 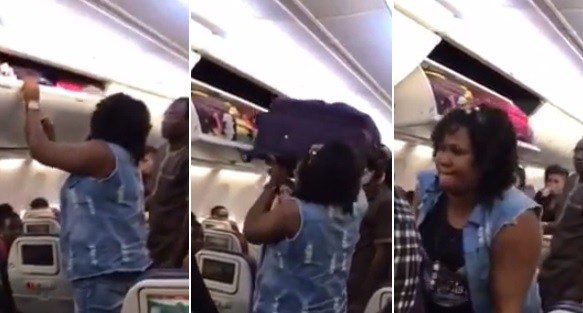 After endless apologies, the lady was eventually kicked out.

On a more serious note, some air hostess are unfair. Some of them behave as if they were forced to take the job. Kudos to the pleasant ones among them.

For crying out loud, a woman is seriously thirsty yet you are ignoring her, this is nothing but pure wickedness.

On the other hand, the Nigerian woman shouldn’t have spilled water on her.