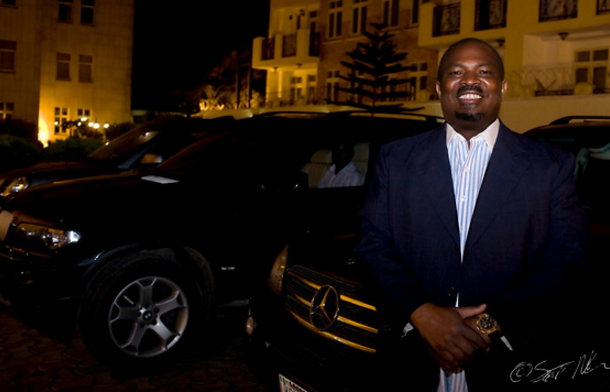 Nduka Obaigbena, Chairman and Publisher of ThisDay Newspapers Group on Friday admitted that he collected the sum of N550 million from the office of the National Security Adviser, NSA, as compensation for the Abuja and Kaduna offices of the media group bombed by the insurgent group Boko Haram and another N300 million for Newspapers Proprietors Association of Nigeria, NPAN, as a compensation for their publications seized by the military in 2013.

Obaigbena who has been invited by Nigeria’s anti-graft agency, the Economic and Financial Crimes Commission, EFCC, over the ongoing investigations into the mismanagement of the sum of $2.2 billion budgeted for procurement of weapons for the armed forces when Sambo Dasuki was the NSA said this in a statement he released on Friday as published on the website of his newspaper.

While denying that he received any form of suspicious funds from the office of the NSA, Obaigbena in a response to the letter of invitation from the EFCC dated 8th November 2015, stated that all funds received from the office of the NSA “are payments for compensation to mitigate the dastardly Boko Haram twin bombings of the ThisDay Newspapers offices in Abuja and Kaduna on Thursday, April 26, 2012.”
Obaigbena said four lives were lost in addition to the buildings’ full colour gloss printing towers, three (3) pre-press Computer-to-Plate and anciliary equipment and other property it valued at over N2.5 billion during the attack.

He stated further in the letter that he received N100,000,000 and N20,000,000 in March 2015 for Newspapers Proprietors Association of Nigeria (NPAN) and 12 newspapers “who demanded compensation for the brutal and unlawful seizure of newspapers and stoppage of circulation by armed soldiers in Abuja and several cities. As President of the NPAN, it was my duty to lead media leaders to hold discussions with President Goodluck Jonathan to avert a class action lawsuit against the Armed Forces and the Federal Government of Nigeria.

“On both occasions, President Jonathan said he did not wish to lay precedence and in our case, he specifically said there were many victims of Boko Haram. I had to confront President Jonathan on the issue when I learnt of approvals for the reconstruction of the Abuja United Nations Building, since we were the second major organisation to be attacked by Boko Haram after the UN attack. He therefore directed me to meet the National Security Adviser who processed the 3 payments in question.

“Please find attached a copy of our letter to President Jonathan as well as correspondence with the then NSA on the Newspapers’ payment. I will be make my way to Nigeria to meet with you should you require further information,” the letter stated.