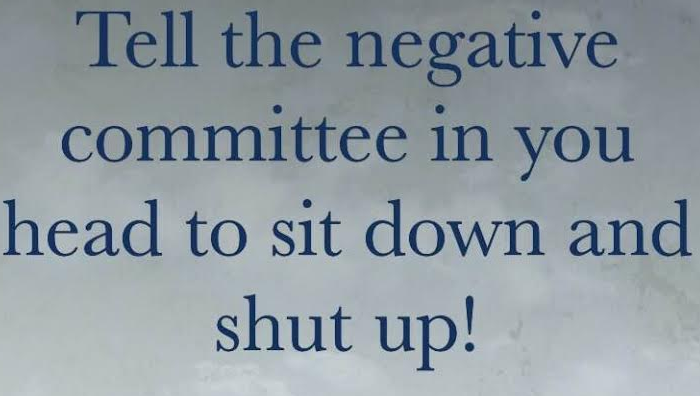 March 23, 2017 – Thursday Inspiration: How To Get Rid Of Your Fears & The Mental Barriers Holding You Back

The power of fear never ceases to amaze me. It can control people’s entire lives and destiny!

I was in Orlando, Florida, the day I realized that fear was just a made-up idea — a concept that is both very real for most people, yet not real at all. I was in my car, listening to an audio CD of interviews with self-made millionaires when the interviewee (in response to a question about how he got one particular business started) said: “I figured, if it wasn’t going to kill me or cause permanent bodily harm, what was there to lose really? So, we gave it a shot.”

That was a life-transforming moment for me. If it wasn’t going to kill me or cause permanent bodily damage, why not give it a shot? I had a consciousness shift in that moment and decided to stop letting fear prevent me from doing the things I wanted to do. And when fear creeps back in (as it always does because that’s how the human mind works), I find ways to quickly get rid of it.  Here are some of my tricks.

Get rid of fear of failure.This is the big one. Many people are afraid of failure. What’s that all about? What is so bad about failure? First of all, let’s establish that failure isn’t going to kill you or cause bodily harm, and the good news is that it will teach you things you need to know.
There’s a piece of wisdom that says life is the hardest teacher because she gives you the test before the lesson. That’s failure. Failure is how you learn. Failure is a necessary component of success. Let me repeat that in different way: it is not possible to really succeed without failing first. By simply shifting your perception of failure as something to be avoided to something that is here to help you and teach you the path to success, failure can become your best ally.

Do the thing you’re afraid of (over and over again). When I was a teen, I loved the movie “The Bodyguard” with Whitney Houston and Kevin Costner. There was a scene I never forgot: the singer is in a cabin in the woods talking with her bodyguard’s father and asks him why his son (the bodyguard) isn’t afraid of anything.The father answers: “when he was a kid, if something scared him, he just did that thing over and over again until the fear went away.” As a teenager, I took that advice to heart and when something scared me, I would just do it over and over again until the fear went away. It really works. (I now know that this is technically called “exposure therapy” and it is very effective at reducing fear).

Get up and go do something. Sometimes people expect that if it’s “meant to be,” it will simply come to them. Well, OK, you can believe that if you want, but life just doesn’t work that way. Action is necessary; you have to put in a little sweat equity to achieve your goals.
One of my favorite quotes of all time is from author T. Harv Eker: “If you are only willing to do what’s easy, life will be hard. If you are willing to do what’s hard, life will be easy.” Having the courage to do what it takes and to make difficult decisions will lead you to where you want to be. A great way to get unstuck is to start doing something. That brings us back to No. 1: lots of folks don’t get started because they’re afraid they’ll put in all the hard work and will fail. But if you don’t try, you’ll definitely fail to achieve your goal.

What if it doesn’t work out?

Well, I guess then I’ll try something else.

But what if that doesn’t work?

I can keep trying until I find something that does work.

What if people laugh at me?

I’m not going to be defined by what other people think of me. Plus, my real friends won’t laugh because they love me.

You see how that works? The “what if” game can actually be a great tool if you play it all the way through.

Recognize that you are both imperfect and enough.I’ll never forget the last episode of “The Oprah Winfrey Show”: she stood alone on her stage, talking to her audience, and one of the things she said that really struck me is that in her 25 years of doing the show and the thousands of people from all walks of life she’s interviewed, everyone has the same common fear: Am I enough?

We are all worried that we are not enough of something. Not smart enough, not thin enough, not accomplished enough, not pretty enough. In other words, we feel that who we are is not enough to accomplish our goals, be it writing a novel or being loved unconditionally.

Here’s the thing: you are both completely messed up and totally enough, simultaneously. We all are. Know that, and fear will begin to dissipate. Then, nothing will hold you back. 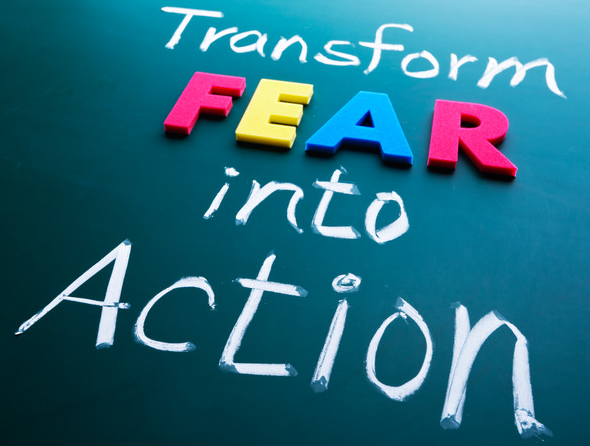 About the author:  Dr. Chantal Marie Gagnon, PhD, LMHC is a licensed psychotherapist and relationship coach in Plantation, Florida.

Continue Reading
You may also like...
Related Topics:fear, mental barriers